Jaime Lannister took a big risk during Sunday night’s episode of Game of Thrones by charging at an injured dragon and his mother, Daenerys Targaryen. Predictably, the dragon turned to roast the lord, but at the last minute, Bronn (as confirmed by HBO’s episode summary) pushed Jaime into the water, saving him from the dragon’s fatal fire.

Game of Thrones rarely indulges in such near-misses during fights. The show has no issue killing off major characters. So why end this episode on a cliffhanger?

The last we see of Jaime he’s sinking in the water, and some on social media speculated he would drown. But there’s little reason for Jaime to escape the fire only to die in water. Plus, a major character like a Lannister sibling would likely get a more dramatic death.

Most likely Dany’s forces will scoop Jaime up. After all, he is the most valuable hostage in Daenerys’ war with Cersei. Now that Jaime and Cersei’s children are gone, Jaime is the only person on earth Cersei actually cares about.

Jaime’s survival also sets up a confrontation between him and Tyrion, who we see watching the battle from afar. Tyrion clearly still cares about his brother. Jaime set Tyrion free from prison, and when Jaime charges Daenerys and her dragon, Tyrion wisely says to himself that Jaime is a fool who should turn back.

Jaime, however, doesn’t harbor any fond feelings for his little brother. Though the two have always had a bond, Jaime is angry at Tyrion for killing their father Tywin. Jaime has said that if he ever sees Tyrion again he will kill him.

In the preview for next week’s episode, Daenerys says that she will kill any of the Lannister soldiers who don’t join their ranks. Is there a way that Tyrion can persuade Jaime to join Daenerys’ side against his own sister-lover Cersei? 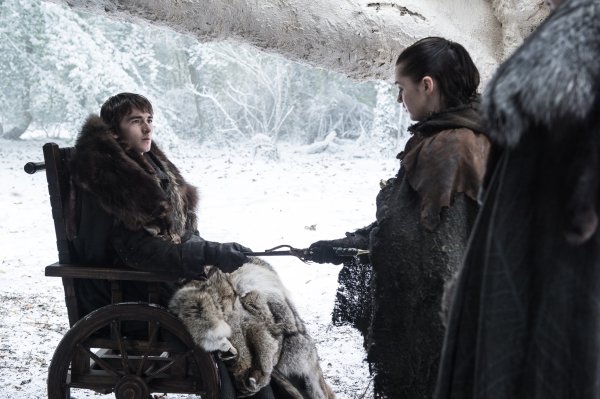 The Significance of Bran Stark's Cryptic Conversation With Littlefinger on Game of Thrones
Next Up: Editor's Pick