At a campaign rally in West Virginia yesterday, President Donald Trump said claims of collusion between his campaign team and Russia were “total fabrication.” Meanwhile, Special Counsel Robert Mueller has reportedly convened a grand jury to probe Russia’s interference in the 2016 election. Here’s what that means.

Toyota and Mazda are building a U.S. plant

Toyota and Mazda are teaming up to build a $1.6 billion assembly plant in America. The two large Japanese automakers said the new plant would produce about 300,000 vehicles each year and would create up to 4,000 jobs, starting in 2021. Trump praised the business alliance as a “great investment in American manufacturing.”

A fire erupted at one of the world’s tallest residential towers in Dubai early this morning, but there were no reported injuries. The blaze at Torch Tower, which is 86 stories high, is now under control.

Woman in texting-suicide case is sentenced

Michelle Carter, the Massachusetts woman who urged her boyfriend to commit suicide in several text messages, was sentenced to 15 months in jail for involuntary manslaughter. Carter was 17 and her boyfriend, Conrad Roy, was 18 when he died of carbon monoxide poisoning in July 2014.

Harvard’s incoming class is majority nonwhite for the first time. 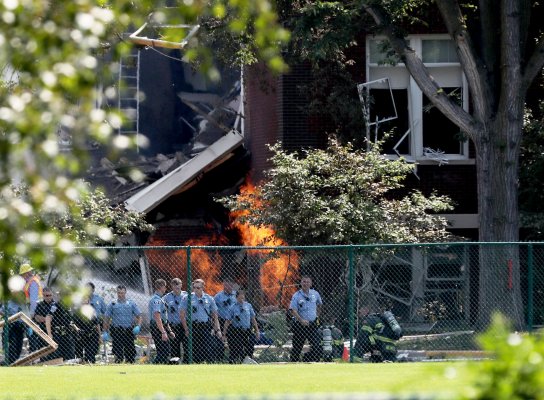