James Comey Is Writing a Book With 'Yet-Unheard Anecdotes'

FBI Director James Comey responds to a question while testifying on Capitol Hill the agency's response to extremist violence in Orlando and New York on Sept. 27, 2016.
Pablo Martinez Monsivais—AP
Ideas
By Sarah Begley

Former FBI Director James Comey is writing a book on leadership, featuring “yet-unheard anecdotes from his long and distinguished career,” his publisher announced in a statement on Wednesday.

Flatiron Books says the volume will “explore what good, ethical leadership looks like and how it drives sound decisions.”

The news comes three months after President Donald Trump fired Comey, a dismissal that caused shockwaves in Washington and around the world. Comey has long drawn praise (and, more recently, criticism) from both sides of the aisle, serving as Deputy Attorney General under George W. Bush before becoming FBI director in the Obama Administration.

“From prosecuting the mafia and Martha Stewart to helping change Bush administration policies on torture and electronic surveillance to overseeing the Hillary Clinton e-mail investigation as well as ties between the Trump campaign and Russia,” Flatiron wrote in a release, “Comey has been involved in some of the most consequential cases and policies of recent history.”

The as-yet untitled book is slated for publication in Spring 2018. 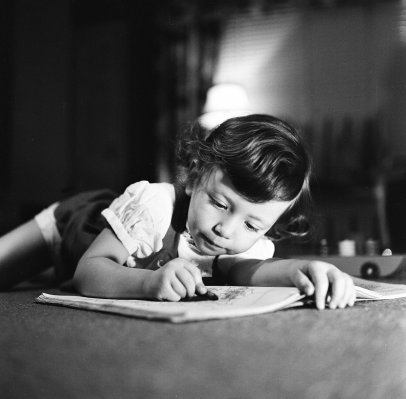 The Surprising Function of the First Coloring Books
Next Up: Editor's Pick