‘The Hardest Year.’ SNL Alum Explains Why He Left the Show During Trump's Presidency

Comedian Bobby Moynihan said the past year at Saturday Night Live was “the hardest year easily” during his 9-year run on the show, largely because of Donald Trump.

“I felt like I was on one show for eight years and another for one year. It was a completely different machine last year, took on a whole different level,” Moynihan said, speaking at the Television Critics Association press tour on Tuesday, according to Deadline.

“You get so used to never sleeping and writing all night long, and I made it through eight years of this, thinking this can’t get any worse. And then, all of a sudden Trump happens,” he said. “With Trump you would come in on Friday and he did something nuts, and we’d have to re-do everything. At times we were doing a brand new cold open on Saturday.”

But Moynihan said in some ways, it was one of his favorite seasons.

“I’m so thankful I was there for that year,” he said, according to Deadline. “My first episode was the first time Tina [Fey] did Sarah Palin. And I was in the audience for Sean Spicer, when Melissa [McCarthy] did that.”

Moynihan, whose contract at Saturday Night Live was up, said it came down to deciding whether to “hang out at the place I love most, or try and become an adult and move on.”

He will now be starring in a new CBS comedy — My, Myself & I — that premieres this fall. 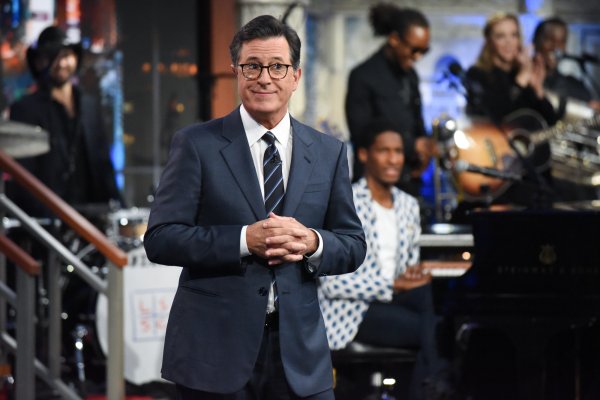 ‘Donald Trump Is a Dictator.’ Stephen Colbert Mocks the White House’s Changing Story About Russia Meeting
Next Up: Editor's Pick