Stephen Colbert on Tuesday went after President Donald Trump and Donald Trump Jr. for their continually changing story about the younger Trump’s meeting with a Russian lawyer during the 2016 campaign.

The Washington Post reported Monday that President Trump had “personally dictated” his son’s initial misleading statement about the meeting, which happened in June 2016.

“Yeah, he dictated it. It’s official, Donald Trump is a dictator,” Colbert said on Tuesday’s episode of The Late Show. “Technically correct,” he added.

The Post’s report raised legal questions about the extent of the President’s involvement.

“The President weighed in as any father would based on the limited information that he had,” White House Press Secretary Sarah Huckabee Sanders said Tuesday. “He certainly didn’t dictate, but you know, he, like I said, he weighed in, offered suggestion, like any father would do,” she added.

Colbert also mocked the numerous staff changes and firings at the White House in recent weeks.

“For Donald Trump, it’s been a rough couple of — his entire presidency,” Colbert said. “That chaos coming out of the White House is just coming at you so fast, it’s hard to keep track of it.” 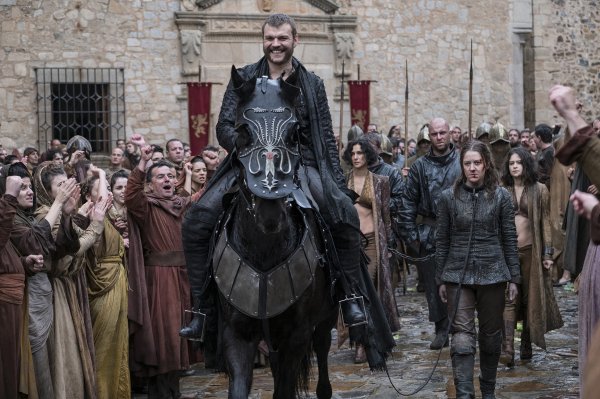 Why Game of Thrones' Yara Greyjoy Enjoyed That Brutal King's Landing Scene
Next Up: Editor's Pick