This week is not turning out well for former White House communications director Anthony Scaramucci.

On Monday, he was removed from his role under President Donald Trump, ousted after just ten days.

And then later on Monday, news came to light that Harvard Law School — where Scaramucci hit the books during the late ’80s and earned his higher education degree — accidentally listed their former student as no longer living in the updated alumni directory, distributed to all fellow alumni this week. (This all comes on top of the new father’s wife filing for divorce on Friday, completing a trifecta of snags in his professional, academic, and personal life.)

A spokesperson for Harvard Law apologized for the incident to the Washington Post, calling the mistake a regrettable “error” in the listing. “We offer our sincere apologies to Mr. Scaramucci. The error will be corrected in subsequent editions,” the spokesperson said in an e-mail statement. His deceased status was apparently denoted by an asterisk appended next to his name. That asterisk, of course, was not necessary; while Scaramucci may be out of a job after just ten days, he still retains his place amongst us all aboveground.

While Harvard may be apologetic, that correction will take a while to go into effect. The previous alumni directory was delivered in 2011, so Scaramucci may have to wait another six years until 2023 before his name is cleared once and for all and re-added to the ranks of the living — in the print edition, anyway. As the current talk of the town in politics, though, at least his news record proves he’s alive and kicking still. Just technically dead to Harvard. 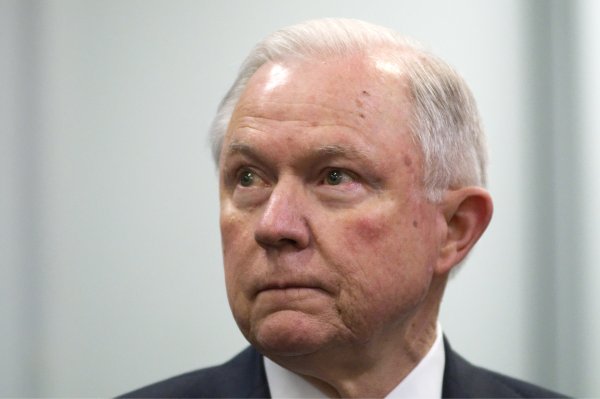 The D.A.R.E. Jeff Sessions Wants Is Better Than the D.A.R.E. You Remember
Next Up: Editor's Pick