Kelly Tries to Impose Order at the White House

Just minutes after being sworn in as White House chief of staff, John Kelly walked communications director Anthony Scaramucci to Kelly’s new West Wing office for an uncomfortable conversation. At the one-on-one meeting a few steps from the Oval Office, the former Marine general told Scaramucci that his services were no longer required.

In a normal administration, the firing of Scaramucci—after just 11 days on the job—would be a sign of turmoil. In the Trump era, it was a sign of hope for many White House staffers.

Kelly, who took over the chief of staff post Monday morning, is taking on perhaps the toughest job in Washington: bringing order to the most dysfunctional White House in recent memory. Forcing out Scaramucci—a former hedge-fund executive who won Trump’s faith with obsequious defenses of the administration’s policies, only to lose it after a vulgar rant to a reporter—was an important marker of the breadth of Kelly’s mandate.

“General Kelly has the full authority to operate within the White House, and all staff will report to him,” White House Press Secretary Sarah Sanders said Monday. This is normally standard policy for the White House chief of staff. Yet the declaration was notable because Kelly’s predecessor, Reince Priebus, was never fully empowered by Trump.

Winning the trust of the President is only part of Kelly’s challenge. The former Marine general must also straighten out his staff. During the first six months of the Trump administration, the jockeying between the West Wing’s competing power centers spilled into public view on an almost-daily basis. More than a dozen aides maintained “walk-in” privileges to the Oval Office, and often used them to knife opponents or advance their own agendas. Priebus proved to be powerless to stop it. Senior aides didn’t formally answer to him, and Trump often encouraged the behavior.

Now, with his legislative agenda in shambles, escalating foreign policy challenges and an expanding Russia investigation, Trump’s elevation of Kelly signals a desire for change.

On paper, the retired four-star brings significant strengths to the job. He earned Trump’s respect as Secretary of the Department of Homeland Security and demonstrated an ability to manage complex organizations as head of U.S. Southern Command. At 67, he’s of Trump’s generation and is respected as an equal.

Sanders explained Scaramucci’s departure as part of a plan to provide Kelly with a “clean slate,” adding that Trump didn’t want to “burden” Kelly with Scaramucci, who reported directly to the President. “The President certainly felt that Anthony’s comments were inappropriate for a person in that position,” Sanders added, four days after Scaramucci’s scandalous interview with The New Yorker made him a household name.

Ousting a communications director who had alienated most of his colleagues was one thing. But maintaining discipline within the squabbling staff—a mélange of loyal aides, party operatives, policy wonks, and the President’s own kin—will be an entirely different challenge.

Since Kelly’s hiring, senior advisors Jared Kushner and Ivanka Trump have been open in expressing their support. “[They are] eager to follow his lead,” a White House official said of the President’s daughter and son-in-law. But the test of Kelly’s new effort at imposing structure will be difficult in an environment where family members have a history of freelancing to promote a favored policy or to settle a score.

Other aides, like Kellyanne Conway and Steve Bannon, may now report to Kelly, but whether that is just a nominal distinction may ultimately depend on whether Trump allows for aides to suffer a penalty for circumventing the process. And Kelly must also manage the President’s vast network of outside advisors and former campaign staff, whose late night chats with the President and leaks to reporters undercut his predecessor.

At the same time, Kelly’s own boss may chafe under a more disciplined regime. As President, Trump’s managerial style has been to pit aides against one another. Some outside allies worry that under Kelly, the attacking style that helped lift Trump into office will disappear. So far there’s no sign of that: in the 72 hours since Kelly’s selection was announced, the President has continued to lash out on Twitter.

Some West Wing aides worry that no matter how successful Kelly ultimately is at controlling staff, he will be undermined one way or the other by the man in the Oval Office. Trump has proven to be especially sensitive to new stories about being “managed” by aides, occasionally lashing out just to prove them wrong.

But for a day, at least, cautious optimism reigned at the White House. “Right now everyone is saying the right things,” said a senior White House official, ”the question is whether they follow through.” 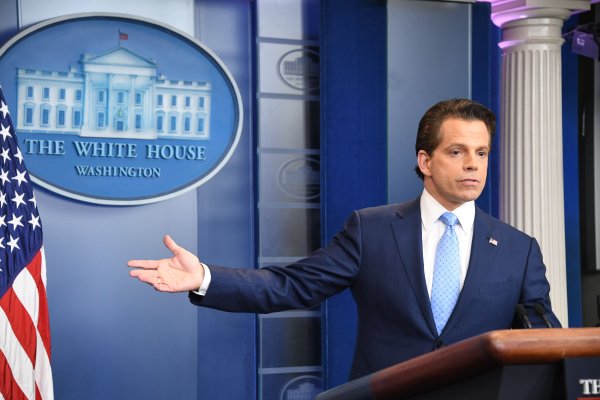 These Are the People With the Shortest Tenures in President Trump's Administration
Next Up: Editor's Pick