13 Reasons WhyTriggers a Spike in Google Searches About Suicide

The debate about how and whether to depict suicide on TV or in any kind of entertainment has continued to brew since the March 31 debut of Netlfix’s controversial series 13 Reasons Why. Aimed a teen audience, the show graphically depicts the suicide of a high school girl and its aftermath. The show was criticized for what many mental health professionals saw as a glamorization and distortion of major depression and suicidality, both of which are on the rise among teens.

Parents and counselors have offered plenty of anecdotal evidence that the show and its conflicting messages have affected middle and high schoolers particularly in the way they talk about suicide, for better or worse. But now there’s quantitative data on the topic.

Researchers at San Diego University in California analyzed Internet suicide-related searches in the 19 days following the release of 13 Reasons Why. All such queries were higher than expected for that period by about 19%, which reflects 900,000 to 1.5 million more searches, according to a new research letter published by the Journal of the American Medical Association Internal Medicine. While there’s no way to know whether those queries, which included phrases like “how to kill yourself,” preceded actual suicide attempts, researchers noted that suicide search trends have been correlated with actual suicides and that media stories about suicides concur with increased suicide attempts.

This research also showed an increase in the number of searches for suicide hotlines and for phrases like “suicide prevention,” after the show debuted which would support the argument made by Netflix and the show’s producers that the show has raised suicide awareness and discussion.

13 Reasons Why has been renewed for a second season, much to the dismay of some parents, including the families of two California teens who say their daughters committed suicide after watching the show. They allege that the show’s suicide scene was a trigger for their kids, who were already battling depression. Netflix released a statement expressing sympathy and noting the measures it has taken to help vulnerable viewers. “We have heard from many viewers that 13 Reasons Why has opened up a dialogue among parents, teens, schools and mental health advocates around the difficult topics depicted in the show,” reads the statement. “We took extra precautions to alert viewers to the nature of the content and created a global website to help people find local mental health resources.”

The unease over the show only adds to existing concerns about teen suicide. A study released in May tracking 32 children’s hospitals nationwide showed that admissions for suicidal behavior and serious self-harm among 5-to-17-year-olds more than doubled between 2008 and 2015. That’s just a tiny percentage of the kids who are experiencing major depression or anxiety or are hurting themselves in various ways, like cutting. Nationally, 17.7% of teens reported seriously considering attempting suicide in 2015, according to the CDC.

Psychiatrists like Dr. Fadi Haddad, co-founder of the Bellevue Hospital Center Children’s Comprehensive Psychiatric Emergency Program, are also worried about the show’s renewal. He says the series distorts the devastating realities of suicide and depression for teens and their loved ones. Dr. Haddad notes that medical professionals started hearing about the show from patients soon after it aired: “Some of my colleagues in the ER say they say they see kids now saying, ‘I told my mother I’m going to be Hannah Baker,'” a reference to the character in 13 Reasons Why who takes her own life.

Haddad is particularly concerned about 13 Reasons Why because he views it as a combination of revenge fantasy and crime thriller, created more for suspense than a realistic portrayal of suicide. As the first season unfolds, each person who did Hannah wrong is revealed, with Hannah narrating. But as Haddad notes, suicide victims are not around to see people react to accusations that they contributed to their death. And anyone who’s lost a friend or child to suicide knows that you don’t need a tape to feel responsible in some way after someone takes their own life. In fact, part of the job of counselors and psychiatrists like Haddad is to help survivors alleviate what can be crippling guilt and to better understand this devastating illness.”[This show] is the opposite of the kind of awareness we want,” says Haddad.

Teen Depression and Anxiety: Why the Kids Are Not All Right

Teen Depression and Anxiety: What Parents Can Do

13 Reasons Why: Five Conversations Families Should Have 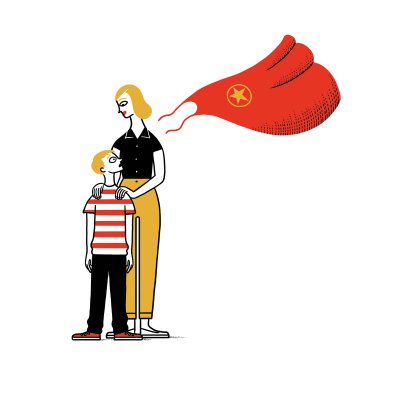 How This Family of Worrywarts Copes In an Age of Anxiety
Next Up: Editor's Pick