Anthony Scaramucci Warns the Media to Leave His Family Alone

“Family does not need to be drawn into this. Soon we will learn who in the media has class and who doesn’t. No further comments on this,” he posted on Twitter.

A day earlier, Scaramucci tweeted: “Leave civilians out of this. I can take the hits, but I would ask that you would put my family in your thoughts and prayers & nothing more.”

Scaramucci is just over a week into his position as communications director. He quickly drew controversy on Thursday with his decision to call New Yorker reporter Ryan Lizza and question him about the source of leaks that have slipped out of the White House.

Scaramucci didn’t request the call to be off the record or on background, allowing Lizza to publish an explosive account of their conversation that included a number of vulgar insults by Scaramucci targeting White House Chief of Staff Reince Preibus and Chief Strategist Steve Bannon.

“I made a mistake in trusting in a reporter,” Scaramucci tweeted later Thursday. “It won’t happen again.” 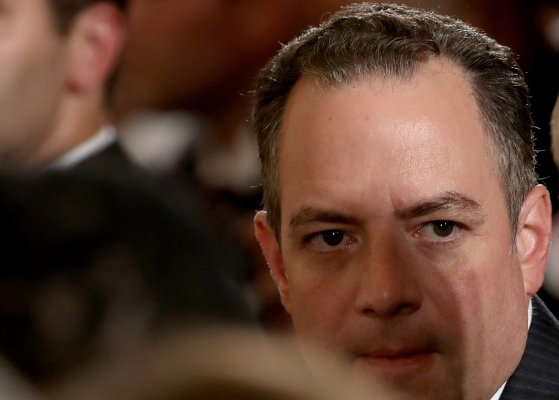 President Trump Has Replaced Chief of Staff Reince Priebus
Next Up: Editor's Pick