Police Are Seizing Billions in Property From People Never Charged With Crimes. It Must End

Darpana Sheth is a senior attorney with the Institute for Justice and leads its national initiative to end forfeiture abuse.

Eh Wah had been driving for 12 hours when he was pulled over by local police in Muskogee County, Oklahoma, for a broken tail light. What began as a routine traffic stop quickly spiraled into a nightmare due to a controversial, little-known but widespread, practice called civil forfeiture.

Eh Wah was heading home to Dallas in February 2016 after a five-month tour across the United States as the manager of a Burmese Christian Rock Band called Klo & Kweh Music Team. The band had held concerts in 19 cities, raising over $50,000 for a Christian college in Burma and an orphanage in Thailand through concert tickets, souvenir sales, and cash donations.

After a drug dog allegedly “alerted” to Eh Wah’s car, police searched it. Although the police did not find any drugs, drug paraphernalia or any other evidence of drug activity, they did find the donations and seized them as supposed “drug proceeds.” After interrogating him for six hours, the police eventually let Eh Wah go, but kept the cash. Within a month, the Muskogee County District Attorney filed a civil-forfeiture action to keep the money for good.

Eh Wah’s story is not unique, and now, after the Attorney General’s announcement that he plans to increase the use of civil forfeiture, there will undoubtedly be more just like it.

Using civil forfeiture, law enforcement can confiscate property from citizens and businesses without obtaining a criminal conviction or even filing criminal charges. Once their property has been seized, ordinary Americans must navigate an upside-down legal world with little judicial supervision, and where the rules are stacked against them.

Most federal forfeitures are “administrative” or accomplished by the federal agency without ever seeing a judge. To get judicial oversight, the property owners, who are not guaranteed counsel like criminal defendants, must hire a lawyer or go it alone and file a claim to the property contesting the forfeiture. If they fail to do so in time, their property is forfeited by default by the agency, which acts as investigator, prosecutor and judge. The Drug Enforcement Administration confiscated $3.2 billion in cash administratively since 2007 without filing charges or any judicial oversight.

But even when owners fight the forfeiture, they must prove they did not know about the alleged illegal use of their property, turning the fundamental presumption of innocence on its head. Worse still, law enforcement agencies are allowed to keep forfeited property and its proceeds, creating a perverse financial incentive to seize and forfeit property.

At the time of Eh Wah’s traffic stop, the Justice Department, under then Attorney General Eric Holder, banned a controversial practice whereby state and local law enforcement could — in exchange for up to 80% of the cash — request that federal authorities pursue forfeiture under federal law.

It seems as if everyone but the Attorney General and the law-enforcement lobby sees the inherent absurdity of a system of justice that ties together inadequate procedural safeguards with perverse financial incentives. In a recent poll, 84% of Americans indicated that they oppose civil forfeiture. More than 235 editorials from wide-ranging outlets support reforming (or even eliminating) civil forfeiture. In the last three years, 24 states have passed comprehensive reform, seven of which expressly prohibit turning seized property over the federal government for adoptions.

Both Republican and Democrat leaders of the House and Senate Judiciary Committees have condemned the practice, as well as other influential members of all political stripes from Republican Senator Rand Paul of Kentucky to Democratic Senator Ron Wyden of Oregon. Members of the U.S. Supreme Court have also questioned the legitimacy of this practice. As Justice Clarence Thomas recognized in a concurring opinion in March, “forfeiture operations frequently target the poor and other groups least able to defend their interests.” Even the Justice Department’s internal watchdog has published numerous reports criticizing the program and the officials responsible for creating the forfeiture program in the 1980s have called for its demise as good intentions gone awry.

In the face of such widespread opposition, the law enforcement lobby continues to justify the use of civil forfeiture as a tool to prevent criminals from profiting from their crimes. But the Attorney General’s directive deliberately expands the use of forfeiture in cases where no one needs to be convicted. Indeed, the directive expressly contemplates pursuing forfeitures of people’s homes even where the owner is “not implicated in illegal conduct.”

Moreover, as the Office of the Inspector General noted in its March 2017 report, the Justice Department does nothing to track whether its forfeiture efforts are actually linked to crime-fighting. Instead of heeding the Office’s recommendation for more accountability and transparency, the Justice Department has removed its database tracking civil forfeiture from its website.

At bottom, civil forfeiture does a disservice to law enforcement and the public at large by focusing on generating revenue rather than fighting crime. Our law-enforcement agencies should be well funded, but that funding should not be tied to the seizure of Americans’ property.

Sessions’s future as Attorney General may be unclear, but there is only one option for civil forfeiture. It is time to end this abusive practice once and for all. 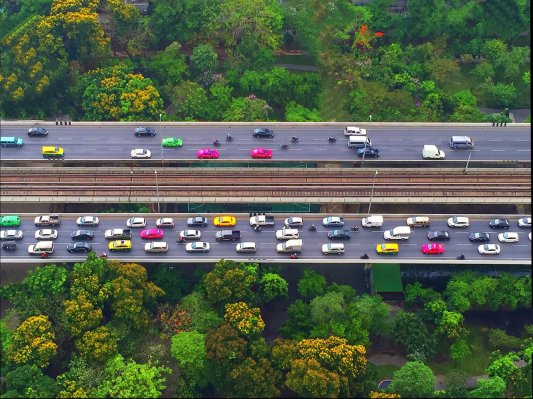 Maybe Cars Aren’t Going Away After All
Next Up: Editor's Pick