“Watch the show,” McCain said, according to Politico, as he headed into the chamber to vote.

He approached the Senate clerk around 1:30 a.m., gave a thumbs down and said “no,” eliciting audible gasps and some applause. Republican Senate Majority Leader Mitch McConnell looked on from the center of the floor, standing with his arms crossed.

The Health Care Freedom Act ultimately failed by a vote of 49-51, earning no support from Democrats.

“I sat there with Senator McCain. I think both of us recognized that it’s very hard to disappoint your colleagues, and I know that there’s probably disappointment because it was the three votes that Senator McCain and Sen. Collins and I cast that did not allow this bill to move forward,” Murkowski said to NBC News after the vote. “And that is difficult, but I believe each of us stood up for the reasons that we felt were right and hoping — and I’m hoping — that our colleagues also respect our reasons for the opposition just as I respect the incredible, extraordinary work that they put into trying to get this product.” 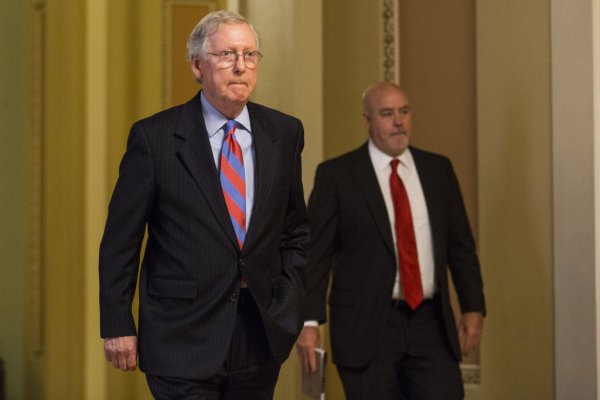 Read the Senate’s ‘Skinny’ Obamacare Repeal Bill in Full
Next Up: Editor's Pick