A nation of children is growing up today under a toxic leader. They’re developing and learning how to be adults. They’re curious about how to find their way in this world. And they’re looking for examples of what it means to “be a man.” We’re giving them Trump. In response to Trump’s jaw-droppingly inappropriate speech this week to the Boy Scouts, their Chief Scout Executive attempted to right the course of Trump’s terrible role-modeling by apologizing to anyone offended by the “political rhetoric” within the speech. But when building up young people of integrity and character is at stake, apologizing for politics is not nearly enough.

It wasn’t always so bleak. As a working mom in the business of culture change, I was hopeful that we were on the road to progress not that long ago. I thought this new generation of boys would grow up seeing girls as their equals, and I thought this new generation of girls would come of age expecting and demanding respect and seats at the tables of power — that we’d all believe strength comes in many forms, that might isn’t always right and that all people are worthy. I was hopeful that 30 years from now those same young people would be grown adults, that women in leadership would be normalized and that men taking paternity leave would make you an average father, not a hero.

Instead, a nation of children has a bully-in-chief who is such an extreme caricature of toxic masculinity that he focuses on his victories, his blustering power and his wealth even when talking to a crowd of Boy Scouts. Or perhaps particularly when talking to young men. After all, if President Donald Trump is holding himself up as a role model, only privileged white men can follow in his footsteps.

To be sure, many Boy Scouts do not fall into this group. And regardless of demographics, many reject the President’s message of hate and selfishness. So many Scouts (and their parents) were outraged by Trump’s utterly inappropriate remarks the other day, and as a result, feel betrayed and alienated by an organization that they have come to love.

But I’m particularly concerned for the boys who don’t have our same reaction. The boys who say nothing about Trump’s tasteless remarks or who buy into his discriminatory rhetoric. The boys who see his bullying as an invitation to shrug off decency and community in order to get what they think is rightfully theirs. It’s this same vein of entitled thinking that could lead you to believe one female Dr. Who out of 13 is too many, or that increased protections against campus sexual assault are actually a witch hunt against men.

Every boy has so much promise. They can become the leaders of tomorrow that we so desperately need. But we have to dig in and help them now.

We all must call on the Boy Scouts to do a better job of guiding our boys into adulthood. The apology issued today is a good start, but it’s not enough. They cannot just apologize for the speech’s partisan content, when the entire message was a disavowal of their motto, which requires Scouts to “help other people at all times.”

Let’s be the healthy role models our kids desperately need. Hug your boys tonight and tell them how much you love their kindness and their compassion. Ask them what they did today to help out someone else — and thank them for it. We must inspire more in our young men and demand more of ourselves, our leaders and our cultural institutions. Our — and their — future depends on it. 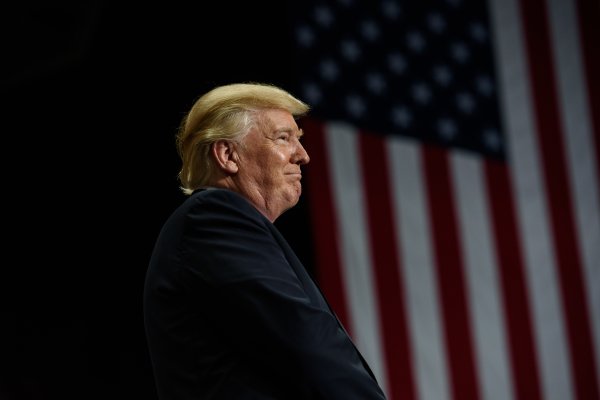 Trump Banning Transgender Soldiers Shows His Lack of Courage
Next Up: Editor's Pick