Republicans Want the Senate to Return to Normal After Health Care

As the highly unusual process of passing a bill to repeal the Affordable Care Act drew to a close Thursday, a number of Republican senators said they would like to see the upper chamber return to normal.

After a process that included skipping the usual public hearings, beginning debate without a final bill and sending a bill to the House hoping it won’t pass, senators said they want to return to the usual process of passing legislation.

“I’ve always been in favor of regular order as much as we can possibly achieve,” said Republican Sen. Mike Crapo of Idaho.

“I like regular order, because you do have some certainty and predictability to a certain extent–if you can use those terms in the Senate,” added Republican Sen. Richard Shelby of Alabama.

Shelby and Crapo were echoing Sen. John McCain of Arizona, who, earlier this week decried the process that Senate Majority Leader Mitch McConnell used on the health care bill. McCain had just returned to the Senate after being diagnosed with brain cancer and undergoing surgery to remove a tumor.

“Let’s trust each other. Let’s return to regular order,” said the one-time Republican presidential nominee on the Senate floor. “We’ve been spinning our wheels on too many important issues because we keep trying to find a way to win without help from across the aisle.”

On Thursday, Republican Sen. Ron Johnson of Wisconsin also said he wants to restore Senate norms, noting that the upper chamber does follow standard practice “in most cases.”

“I think we certainly are in regular order in my committee,” he said. “We try to find areas of agreement–that’s how you get things done.”

But some also placed blame on the Democrats for disrupting the standard practice of the Senate.

Crapo added that the partisan maneuvering is sometimes the only way to get past the “obstruction” of Democrats. “We still need to enact critical legislation and move forward in government,” he said.

And Republican Sen. Lindsey Graham of South Carolina said that the GOP would “absolutely” pass bills this way in the future. “We’re not going to get any help from Democrats.” 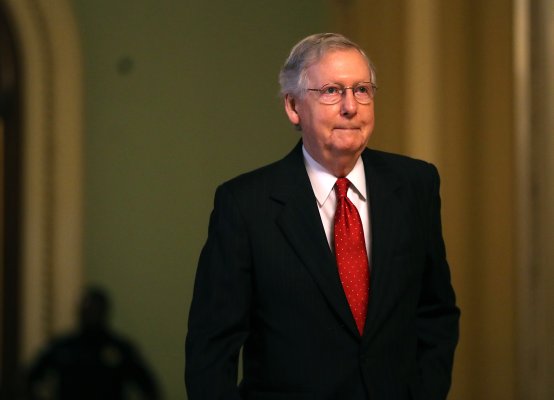 Republicans Will Vote for the 'Skinny Repeal,' But They Don't Want It to Become Law. Here's Why
Next Up: Editor's Pick