Anthony Scaramucci: Tweet Was Not a Threat Against Reince Priebus

“In light of the leak of my financial disclosure info which is a felony. I will be contacting @FBI and the @TheJusticeDept #swamp @Reince45,” Scaramucci tweeted.

He told CNN that the message was not a threat against White House Chief of Staff Reince Priebus, saying that he was not accusing Priebus of leaking and that “senior officials are working on this together.”

“When I put out a tweet and I put Reince’s name in a tweet, they all make the assumption that it’s him because journalists know who the leakers are,” Scaramucci told CNN. “So if Reince wants to explain he’s not a leaker, let him do that. But let me tell you about myself. I’m a straight shooter and I’ll go right to the heart of the matter.”

Scaramucci added that he and President Donald Trump “have a very, very good idea of who the leakers are, who the senior leakers are in the White House.”

Scaramucci also denied that the comment was a threat in a later tweet, “Wrong! Tweet was public notice to leakers that all Sr Adm officials are helping to end illegal leaks. @Reince45.” 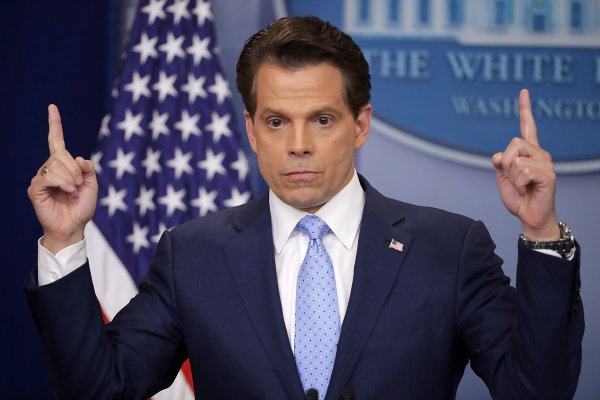 Anthony Scaramucci: Donald Trump Is Bringing the U.S. Back to 'Its Roots of Disruption'
Next Up: Editor's Pick