A bipartisan group of 10 governors have penned a letter to Sen. Mitch McConnell (R-Ky.) and Sen. Chuck Schumer (D-N.Y.) — the majority and minority leaders of the Senate, respectively — blasting the Republican-led “skinny repeal” of Obamacare.

The letter argues that the American Health Care Act as it stands “still threatens coverage for millions of hardworking, middle class Americans,” and urges McConnell and Schumer to unite their parties and follow Sen. John McCain’s advice that he delivered Tuesday in his return to Senate to “return to regular order.” A so-called “skinny repeal” would get rid of just a few aspects of Obamacare, including the individual mandate and certain taxes. 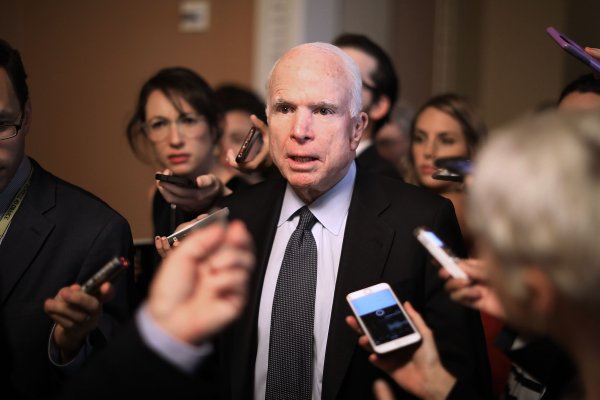 John McCain Has Been Diagnosed With Brain Cancer
Next Up: Editor's Pick