We are pleased to announce that the TIME and PBS special A Year in Space has been nominated for a 2017 News & Documentary Emmy in the Outstanding Science and Technology Documentary category—our company’s first Emmy nomination in a traditional TV category. This one-hour first installment of a two-part series aired in March 2016 on PBS and is adapted from TIME’s original digital video series about astronaut Scott Kelly, whose 12-month stay on the International Space Station tested human limits for space travel and laid the groundwork for a manned mission to Mars.

Congratulations to Time Inc.’s Ian Orefice, Kira Pollack, Jonathan Woods and Jeffrey Kluger for their outstanding work on A Year in Space. We’d also like to recognize TIME Editor-in-Chief Nancy Gibbs and TIME Digital Editor Edward Felsenthal for their leadership and support of this project. Congratulations also to Mike Beck, Jon Halperin, Shaul Schwarz, Mark Mannucci and Bill Margol, who are nominated for this Emmy, as well.

The series’ second installment, Beyond a Year in Space, will air this fall on PBS. The original yearlong, 12-episode digital series of A Year in Space launched in 2015 on Time.com.

Other nominees in the Outstanding Science and Technology Documentary category this year are: HBO Documentary Films’ Ebola: The Doctor’s Story; Netflix’s Into the Inferno; Netflix’s My Beautiful Broken Brain and PBS’s NOVA: Great Human Odyssey.

The 38th annual New & Documentary Emmy Awards will be announced on October 5 in New York. See a full list of nominees, which were announced yesterday, here.

Congratulations to everyone who contributed to A Year in Space, and best of luck in October. 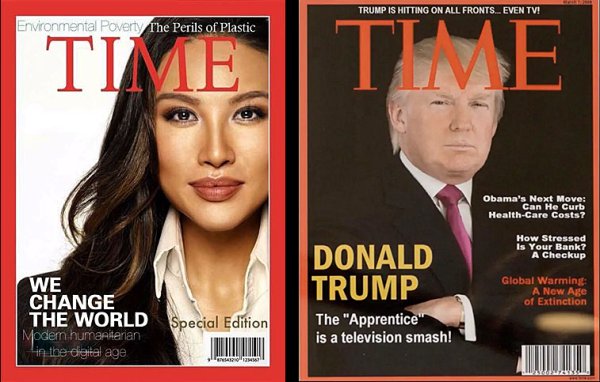 How To Spot a Fake TIME Cover
Next Up: Editor's Pick