Wonder Woman took her victory lap at San Diego Comic-Con this weekend. And it was oh, so sweet.

Star Gal Gadot has been building up hype for Wonder Woman at this convention for years. Two years ago, when she joined the Batman v. Superman team onstage, she told a young boy who said he’d been bullied for wearing a Wonder Woman t-shirt that he was even more of a man for embracing Wonder Woman.

Last year, she and director Patty Jenkins dropped the first trailer for Wonder Woman to a rapturous reception. The trailer came on the heels of Batman v. Superman release, and while that was a critical flop, critics and audiences agreed that Wonder Woman’s brief cameo in the movie (and that guitar solo that accompanied her) was a highlight.

Sure, Wonder Woman still had to prove that it could break from DC’s dour universe, but anyone who attended last year’s convention knew that Wonder Woman was the most-anticipated movie of this year just based on the decibel of the screams when that trailer played. Still, there was a good deal of hand wringing over what would happen if Wonder Woman flopped: Would studios be willing to make other female-led superhero and action films again or would they write women off altogether, as they did when Catwoman and Elektra fell flat a decade ago?

But one year later, Wonder Woman is now the highest-grossing movie in the DC cinematic universe, raking in $670.68 million so far. Turns out, Wonder Woman can best the boys.

At the Warner Bros. panel at Comic-Con on Saturday, the studio confirmed that a Wonder Woman sequel is in the works. Meanwhile, the new trailer for Justice League clearly capitalizes on Diana Prince’s success: Wonder Woman shows up in about every other shot.

Vindication must feel good for Patty Jenkins, who said at last year’s Comic-Con she spent over a decade lobbying studios to make a Wonder Woman movie. But what really proved Wonder Woman’s worth at that panel were the dozens of little girls dressed up like Wonder Woman, lining up to ask Gadot a question or get a signature.

In fact, Wonder Woman appeared to be one of the most popular costumes at the convention this year, along with Rey from Star Wars and Daenerys from Game of Thrones. (And yes, men, too, donned these costumes.) Just five or ten years ago, these characters didn’t have onscreen iterations. Now they’re icons.

The popularity of the Wonder Women, Reys and Daeneryses of the world prove that women want to see themselves as superheroes, jedis and mothers of dragons. They want to see themselves in genre. It’s something that female moviegoers have known for decades, but it took Wonder Woman’s lasso of truth to convince the industry. May we never doubt her power again. 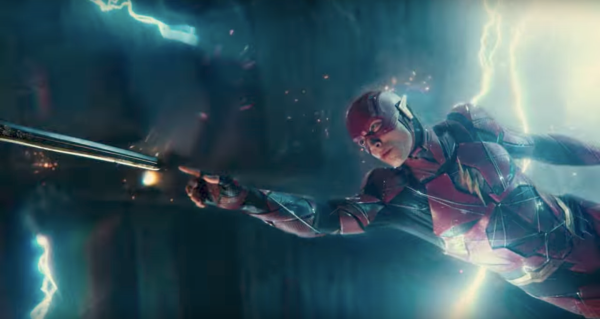 Flashpoint: How the Flash Movie Could Change the DC Extended Universe
Next Up: Editor's Pick