Here’s what to know about Scaramucci as he steps into his new role:

He comes from Wall Street

Scaramucci studied economics at Tufts University and graduated from Harvard Law School, before going on to work for Goldman Sachs, where he became a vice president in private wealth management. He later worked at Lehman Brothers and left in 2005 to launch SkyBridge Capital, a hedge fund investment firm.

In January, he sold his stake in the company to RON Transatlantic and Chinese billionaire Chen Feng’s HNA Group — a decision that raised questions about potential conflicts of interest as he was considered for White House posts.

He was a fundraiser and surrogate for the Trump campaign

Scaramucci, who served on Trump’s presidential transition team, has been one of Trump’s biggest defenders, appearing frequently as a surrogate on cable TV shows both during and after the campaign.

He said he was offered a White House job in January and sold his company, SkyBridge Capital, to work in the Trump administration, but “the job didn’t materialize.”

He has since been vocal about his continued willingness to work for the White House. “I am ready to serve,” Scaramucci said in remarks at the SkyBridge Alternatives Conference in Las Vegas in May, according to Bloomberg. “And so to the extent the President needs me, I will be available to him.”

“It’s been an honor & a privilege to serve @POTUS @realDonaldTrump & this amazing country. I will continue my service through August,” Spicer said in a tweet Friday afternoon. 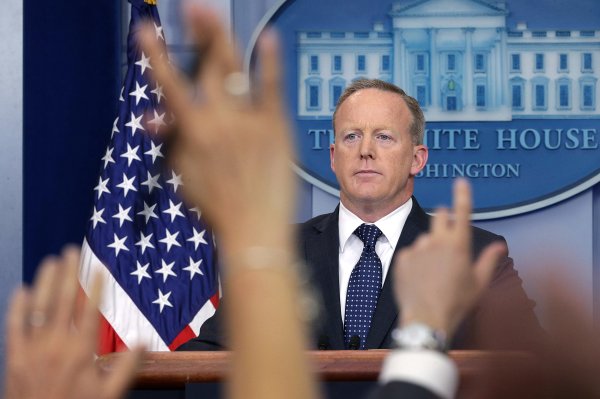