Most people associate Will Smith with his eponymous character on The Fresh Prince of Bel Air; however, thanks to a recent photo of the Bright actor bungee jumping, fans now think that he bears a striking resemblance to a character on the show, Uncle Phil.

Smith isn’t oblivious to the viral photo and in fact, sees his trending status as a new way to bond with fans in the Instagram era.

In an interview with the Huffington Post, Smith waxed eloquent about being compared to Uncle Phil and his photo going viral.

“It is such a new world,” he said. “I released my first record in ’86, so I’m over 30 years in the business. My first album there were no CDs, so it wasn’t until my second album, and they came like these hot new things called CDs. Seeing that transition, essentially the fans being more and more involved in the creative process. In terms of movie stars, it’s a huge difference. It’s like you almost can’t make new movies stars anymore.”

Smith elaborated on this change in celebrity culture by pointing to the difference the Internet has made when it comes to reaching fans.

“It’s like there’s a certain amount of privacy and there was a certain amount of distance that you had from the audience, and only on July 4th did you have access. So that amount of access created this bigger-than-life kind of thing. But in the shift into this new world, it’s almost like a friendship with the fans. The relationship is less like the time of Madonna, Michael Jackson, when you could make the Tom Cruise these gigantic figures, because you can’t create that anymore. The shift is to ‘we’re best friends,’ and that’s like with the comments and with those pictures and all that. I love trying to make that shift and make that transition into the new demands of the fans in this business.”

See the photo that sparked the fan frenzy below. 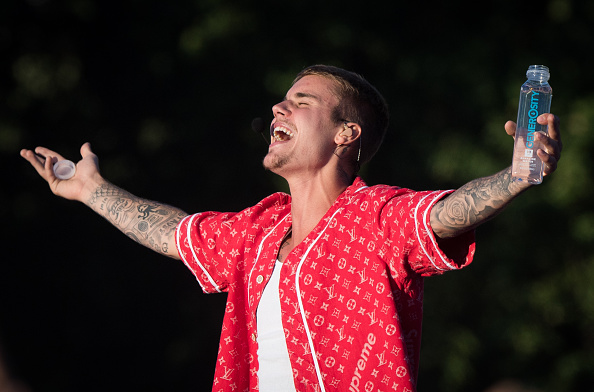 Bieber Banned From China Concerts Due to 'Bad Behavior'
Next Up: Editor's Pick