New footage from the upcoming Blade Runner 2049 that premiered at San Diego Comic-Con connected the sequel to the original. In the scene, Ryan Gosling’s policeman Officer K and a replicant listen to damaged recordings of Harrison Ford’s Deckard interrogating a replicant in the original film.

Directing the sequel was a dream come true for Denis Villeneuve. “I didn’t want someone else to fu-k it up,” he said of deciding to take the job.

When panel host Chris Hardwick asked the star of the original film Harrison Ford whether the sequel answered any lingering questions he had after filming the first film. “It doesn’t matter what I think,” he replied.

Ryan Gosling, however, had plenty to share about his emotional attachment to the original film. “I just remember when I was a kid it was one of the first films that I’d seen where it wasn’t clear how I was supposed to feel when it was over,” he said. “There’s a moral ambiguity to it that’s quite a haunting experience.”

MORE: Harrison Ford Says He Plans to Reboot All His Franchises at Comic-Con

“It’s like being on a football team with the Avengers,” Gosling added

“I think you mean the Justice League,” corrected Hardwick, since both Justice League and Blade Runner are produced by Warner Bros.

Jared Leto, who plays the villainous creator of androids in the movie, showed up at the panel as a hologram. 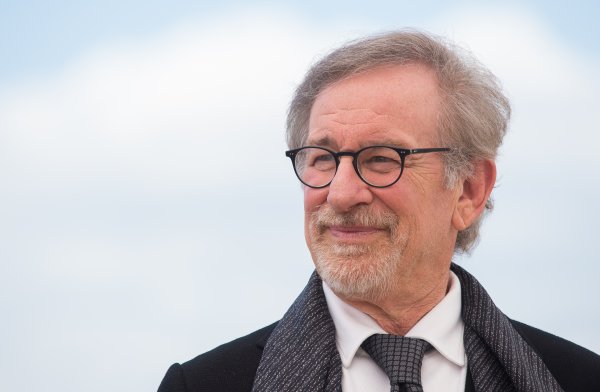