Doctors Say a Third of Dementia Cases Could be Prevented

Dementia, which includes Alzheimer’s disease, is one of biggest health concerns for aging people. Health officials estimate that 47 million people around the world currently live with dementia; triple that number might be affected by 2050.

For any condition—including dementia—any ways to prevent it before it can cause symptoms or damage is the most reliable way to control it. And that prevention doesn’t always have to come in the form of a pill, vaccine or liquid drug.

In a report published in the journal Lancet, researchers say that one in three cases of dementia might be prevented if people start practicing good health habits beginning in childhood. The group of 24 experts reviewed all of the available data carefully and found that a third of dementia cases could be avoided.

They identified nine key factors to preventing brain decline, including getting a consistent education, avoiding smoking and keeping blood pressure and obesity under control.

Focusing on factors that can prevent dementia is an exciting strategy for brain researchers, especially when it comes to Alzheimer’s disease, a form of dementia linked to the buildup of amyloid protein plaques in the brain. At the recent Alzheimer’s Association International Conference, researchers presented data involving a broader range of potential factors that could prevent Alzheimer’s, such as strong social connections and intellectually stimulating brain activities, as well as exercise and healthy diets. Those studies, conducted in thousands of people around the world, confirmed that combining many of these factors could have a stronger effect in preventing Alzheimer’s.

MORE: Alzheimer’s from a New Angle

The fact that lifestyle behaviors can have such a strong role in preventing dementia and Alzheimer’s is good news, say experts. “[These] findings are extremely hopeful,” Maria Carillo, chief science officer at the Alzheimer’s Association, said in a statement. “At an individual level, many people have the potential to reduce their risk of cognitive decline, and perhaps dementia, through simple, healthful behavior changes. At a public level, interventions based on this evidence could be extremely powerful in managing the global human and economic costs of Alzheimer’s disease and other dementias.” 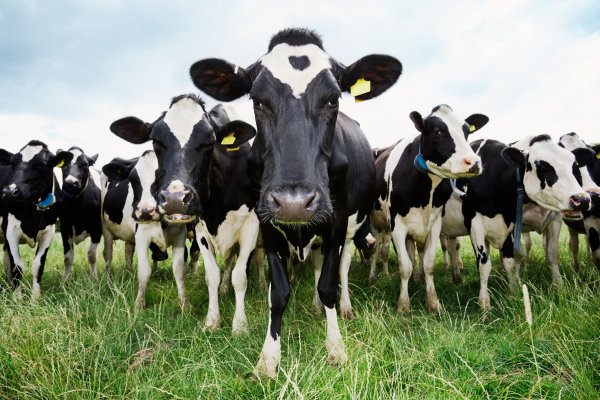 How Cows Are Helping the Fight Against HIV
Next Up: Editor's Pick