US President Donald Trump and Russia's President Vladimir Putin hold a meeting on the sidelines of the G20 Summit in Hamburg, Germany, on July 7, 2017.
Photograph by Saul Loeb—AFP/Getty
By Lisa Marie Segarra

“People think you colluded with the president of a hostile foreign power, then you go out to meet with him again — and you don’t tell anybody? That’s like if O.J. does get on parole and immediately goes glove shopping,” Colbert said, referencing O.J. Simpson parole’s hearing, which is scheduled for 1 p.m. E.T. Thursday.

News broke Tuesday that Trump and Putin met a second time in Germany, which was undisclosed. The meeting took place after a G20 dinner in Hamburg, Germany, for world leaders and their spouses earlier in the month.

Colbert noted that the White House has called the meeting “a brief conversation at the end of dinner.” However, the meeting reportedly went on for about an hour.

“This might actually be a nothing burger,” Colbert said after commenting that he wants to believe Trump. “But every time they tell us it’s a nothing burger, it turns out to be a juicy quarter pounder with sleaze.”

Trump responded to reports of the second meeting in a series of tweets Tuesday writing, “Fake News story of secret dinner with Putin is ‘sick.'” 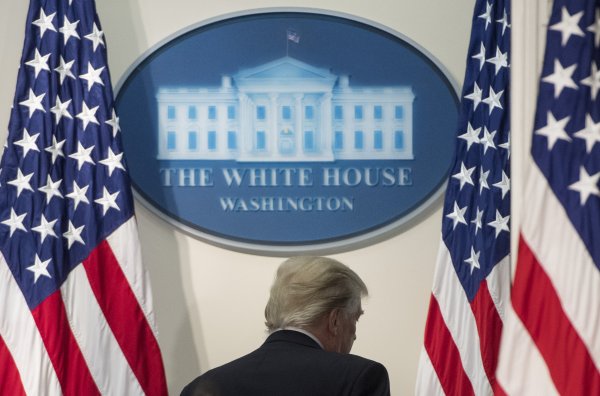