Norovirus Is the Worst. Here's What to Know About It

Chipotle confirmed on Tuesday that multiple customers were sickened after eating at a location in Sterling, Va., reporting symptoms consistent with norovirus. Also known as the winter vomiting bug, norovirus is the most common cause of the stomach flu.

Here’s what to know about the highly contagious virus:

Norovirus is a stomach bug that causes inflammation of the stomach or intestines. As a result, symptoms include nausea, vomiting, diarrhea, stomach pain and fever. According to the Mayo Clinic, symptoms usually come on between 12 and 48 hours after exposure to the virus and last between one and three days. While contagion is low after a couple of days, you could continue to shed the virus for up to eight weeks.

How does norovirus spread?

You can catch norovirus by eating contaminated food or drinking contaminated liquids. You can also get the virus by touching a surface where norovirus lives and then touching your mouth, nose or eyes, according to WebMD. Sharing food or utensils with someone who is contaminated could also spread the virus.

How do you cure norovirus?

Most healthy people will recover from norovirus on their own, but those with severe dehydration should see a doctor. Symptoms that signal that level of dehydration include fatigue, dry mouth and dizziness, according to the Mayo Clinic.

What can you eat when you have norovirus?

It’s important to stay hydrated and restore electrolytes. Adults should drink plenty of water and try soup or juices, per WebMD; if they feel like eating, they can stick to plain foods like rice and bread. Children should avoid sugary drinks and opt for fluids that pack lots of electrolytes, like Pedialyte.

How to prevent norovirus?

Frequent hand washing — especially before preparing or eating food — can help prevent the virus from spreading. If you’re sick with norovirus, do not prepare food and disinfect all surfaces. Wash fruits and vegetables before eating them, and avoid eating raw oysters or other shellfish. 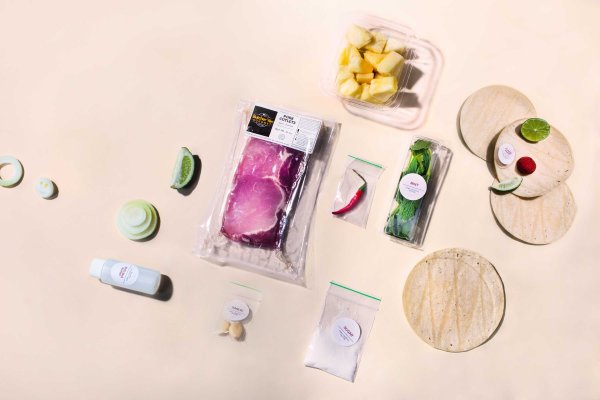 Why Meal Kits Haven’t Delivered a Cooking Revolution—Yet
Next Up: Editor's Pick