Sansa Stark’s hair has long seemed to offer clues as to her state of mind in Game of Thrones, and that was no different in Sunday’s season seven premiere.

After Jon accused her of undermining him during their meeting with the Northern lords, Sansa warned him to remain conscious of the threat from the south — namely, Cersei Lannister. “You’re the military man but I know her,” she told him. “If you’re her enemy she’ll never stop until she’s destroyed you. Everyone who has ever crossed her she’s found a way to murder…I learned a great deal from her.”

The detail that some may have missed during this exchange was that Sansa’s hair was styled similarly to the way Cersei wore her hair while Sansa was still in King’s Landing.

Sophie Turner — who plays Sansa — has previously spoken about the significance of her character’s coiffure. “Sansa’s hair is constantly reflecting the people she’s learning from, or mimicking, or inspired by at the time,” she told Refinery29. “When she’s Cersei’s prisoner, and she’s kind of absorbing all her manipulative techniques, it’s reflected in her hairstyle, and when she’s finding the spirit of Margaery in herself, she wears her hair like Margaery.”

Looks like Cersei may still have some sway over her little dove. 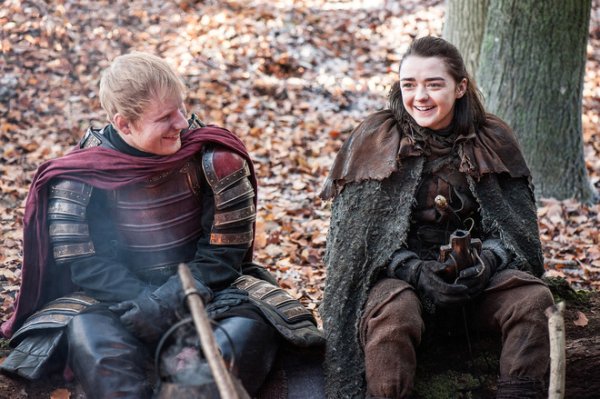