Could Jared Kushner Actually Lose His Security Clearance? We Asked the Experts

Calls for White House Senior Advisor Jared Kushner to be stripped of his security clearance amplified after it was recently revealed that the President Trump’s son-in-law had attended a campaign season meeting with a Russia-linked lawyer who allegedly had damaging information about Hillary Clinton.

The meeting was organized by Donald Trump Jr., the President’s son, as well as Trump’s then-campaign manager, Paul Manafort.

“Jared Kushner’s security clearance must be immediately revoked. #ProtectOurDemocracy,” House Minority Leader Nancy Pelosi tweeted after Kushner’s attendance came to light. Kushner faced similar criticism after reports that he tried to set up a “backchannel” for communications between Moscow and Trump’s transition team following the election.

Both events garnered attention in light of the ongoing investigations into potential collusion between Trump’s presidential campaign and the Russian government.

Kushner “has not been forthright about his connections with the Russians,” says Richard Painter, who served as an ethics lawyer in the George W. Bush Administration and has called for Kushner to lose his security clearance. “When people are not candid, it raises the question of: Are there more?”

The Trump Administration has not signaled such a revocation is likely. “We don’t discuss security clearances,” White House spokesperson Sarah Huckabee Sanders said at a briefing earlier this month when asked about the matter. “I think Democrats are trying to play political games.”

What is a security clearance and how do you get one?

Put simply, a security clearance allows federal employees to access classified information. Not everyone who works in the White House is automatically granted a clearance. There are different levels of security clearances, each granting access to information of varying sensitivity levels.

As part of the application process for a security clearance, federal employees need to fill out the SF86, or Standard Form 86. Applicants for White House clearances undergo a background check by law enforcement, which is then forwarded to the White House. Applicants must also prove that they have a sufficient need to access classified information.

Who can grant and revoke a security clearance?

The ability to grant a security clearance lies with the federal agency for which the applicant is working. In Kushner’s case, that’s the White House. And the top authority in the White House is President Trump.

“Ultimately it is the President who makes the call whether someone should be granted clearance,” said Laura Terrell, an attorney who worked in the White House Clearance Counsel during the George W. Bush Administration. “He is the chief officer and the one who makes that decision.” Terrell added that in the Bush Administration, decisions to grant clearances were often deputized to top aides, like the chief of staff, White House counsel or national security adviser.

Has a security clearance been revoked in the past?

Yes. Former CIA officer and National Security Council spokesperson Ned Price recently wrote about a government official who had her clearance revoked for falling behind on her student loans, for instance. Painter recalled cases of clearances not being granted because applicants were discovered to be hiding their extramarital affairs or sexual orientations, potentially exposing them to blackmail by foreign agents.

But Timothy Flanigan, who served as Deputy Counsel in the George W. Bush administration from 2001 to 2002, said that he could not remember being involved in the revocation of a security clearance aside from instances when the employee in question had been fired.

Why are some calling for Jared Kushner to have his security clearance revoked?

Form SF86 in part asks applicants to reveal any contacts with foreign officials over the past seven years. In April, the New York Times reported that Kushner had failed to include “dozens” of such contacts, including a December meeting with Sergey Kislyak, then Russia’s ambassador to the United States. The form states that “withholding, misrepresenting, or falsifying information may affect your eligibility for access to classified information, eligibility for a sensitive position, or your ability to obtain or retain Federal or contract employment.”

However, disclosure forms are often amended after the fact, and applicants aren’t typically punished if omissions are deemed accidental. Indeed, Kushner’s attorney has repeatedly said that Kushner’s form was “prematurely submitted.” According to his lawyer, Kushner amended the form to state that he had “numerous contacts” with foreign officials—many of which occurred during the transition period—including the controversial meeting regarding Clinton.

A representative for the Judiciary Committee did not respond to TIME’s questions about whether that information had been received. The White House did not respond to TIME’s request for comment about its process for granting and revoking security clearances. A representative for Kushner re-sent the statement Kushner’s lawyer had previously issued, stating that Kushner had amended his SF86 form and disclosed the Clinton meeting “out of an abundance of caution.”

Flanigan, who was involved in vetting applicants for security clearances during his time at the White House, told TIME that given the relationship between Kushner and Trump, it’s unlikely the President would revoke Kushner’s clearance. “As the son-in-law to the President, no one is going to revoke that clearance unless it is with the acquiescence of the President, so functionally it is the President who can make the decision,” said Flanigan. 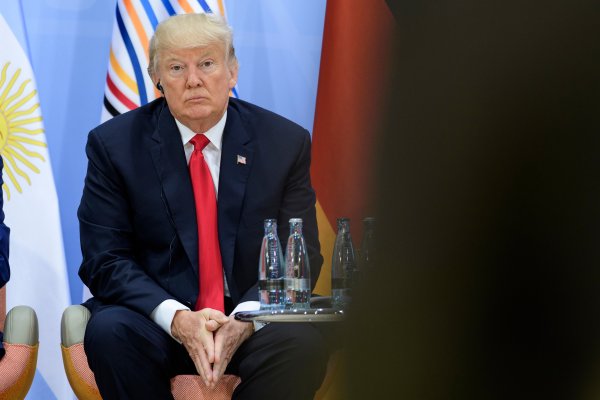 Meet the 5 Key Lawyers Advising Trump on the Russia Scandal
Next Up: Editor's Pick