There’s nothing really to see at this point — just some stylish snaps of a lovingly pedestrian-looking console. But they’re being tendered as proof that Atari (yes, that Atari) is getting into the retro-console game with something dubbed an Ataribox. The company slipped the new pictures into a newsletter teasing an exclusive first look at the console’s throwback design.

Atari’s toe in nostalgic gaming’s money-printing waters, teased in a late spring video, is a pint-sized vamp on its Atari 2600, the 1977 video games console that more or less defined the term and set the table for the likes of Nintendo, Sega, Sony and beyond. It’s got the same walnut veneer fronting black plastic ribbing, with its upward-sloping back evocative of the 2600’s angled cartridge loader. Atari says the front panel can be wood or glass (customizable?), and that it has indicator lights which illuminate through the material. It includes an HDMI port, 4 USB ports and an SD memory card slot. If Atari has its druthers, you’ll be able to buy it in either wood or black-and-red flavors.

Thank Nintendo, who showed the way with last year’s short-lived, perpetually sold out NES Classic, as well as this year’s upcoming SNES Classic. Nintendo created adorably miniaturized versions of each platform’s namesake, bundled them with dozens of games and support for high-definition televisions, then priced them to move: $60 for the NES Classic, $80 for the SNES Classic.

But Atari’s promising something extra, claiming that the Ataribox harbors “modern internal specs,” and that in addition to “classic gaming content,” it plans to offer “current gaming content.”

If that sounds a bit Ouya-ish, it probably is, thinking back to the little 2013 Nvidia Tegra 3 powered micro-console that couldn’t. But Atari has what Ouya didn’t with its catalogue of once-beloved legacy content. Though the question becomes whether gamers — even the middle-aged target demographic that grew up obsessed with this stuff — want to go that far back, to a time when we played with a single fiddly joystick and button.

Atari isn’t talking specs, games, pricing or timeframes yet, and only notes that it has “lots of milestones, challenges and decision points” ahead. That probably means we’re still looking much more at a concept than a stable product, and who knows where any of it will land. A console that can conjure the 2600’s admittedly crude home versions of arcade hits like Pac-Man, Space Invaders and Centipede, but also handle ports of, say, middling Android-ish games, might just have a shot at carving out a niche secondary or even tertiary market, if it’s affordable enough. 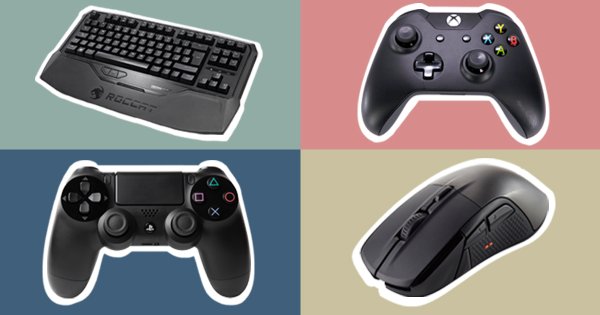