President Trump Is Visiting Paris on Bastille Day. Here's Why That Matters

U.S. President Donald Trump is traveling to France Wednesday evening to meet new French President Emmanuel Macron and to celebrate Bastille Day. The two leaders are expected to discuss issues like counter-terrorism and the war in Syria, but may skip topics where they disagree, like climate change and trade.

This year’s Bastille Day will be particularly poignant for the French people, as it marks exactly one year since a deadly terrorist attack that left 86 people dead and hundreds wounded in the city of Nice.

Here’s what to know about Bastille Day and President Trump’s trip to France.

What is Bastille Day?

Known to the French simply as as “14 juillet,” Bastille Day is a national holiday celebrating the 1789 Storming of the Bastille, an event widely regarded to have kickstarted the French Revolution.

The Bastille was a fortress that was used by the Kings of France as a state prison. Over the years, it became seen by many as a symbol of monarchical tyranny. Armed crowds attacked the Bastille at dawn on July 14, 1789. Prison general René Jordan de Launay surrendered, but was later murdered by an angry mob despite attempts to try him in court. All seven prisoners being held at the Bastille at the time were freed. The dramatic event inspired a wave of revolutionary fever among France’s lower socioeconomic classes.

Exactly one year after the Storming of the Bastille, the French celebrated the Fête de la Fédération, which aimed to symbolize peace and unity during the French revolution. In the space of a year, the state had abolished feudalism and adopted the Declaration of the Rights of Man and of Citizen, a constitution intended to protect French citizens’ equality, freedom of speech, and political representation.

When is Bastille Day?

What happens on Bastille Day?

Similar to America’s Fourth of July, Bastille Day is seen as a celebration of being French. France starts the day with the world’s oldest and largest military parade. Held in Paris since 1880, the massively attended event involves around 4,000 military personnel and police marching down the iconic Champs-Élysées.

Bastille Day is also a public holiday in France, meaning businesses and schools are closed. Cities around the country also host parties, concerts and fireworks displays. Francophiles in countries across the world also celebrate the event.

Why are Trump and Macron meeting on Bastille Day?

Macron invited Trump to visit France for the Bastille Day celebrations during a June phone call between the two leaders in preparation for the recent G20 summit.

The President will arrive in Paris early on Thursday morning. He will be welcomed by a ceremony at Les Invalides, view Napoleon’s tomb and visit a French war museum. Trump and Macron will then have a meeting, followed by a joint press conference.

NBC News reported that activists from a group calling itself “Paris Against Trump” are planning to protest Trump’s visit to Paris. On Thursday, they will set-up a “No Trump Zone” in the Place de la Republique, and will then lead a Bastille Day march through the city center. 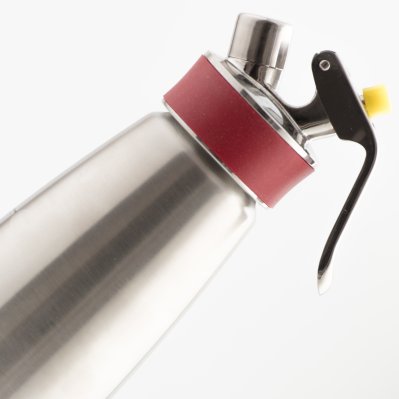 Another Woman Injured By an Exploding Cream Dispenser
Next Up: Editor's Pick