Confounding statements, conflicting stories, and shifting narratives define the Trump administration’s communications on all things Russia, as evidenced by last week’s meeting with Russian President Vladimir Putin and the latest bombshell about Donald Trump Jr.’s communications with Russian officials during the campaign. After President Donald Trump sat down with the Russian leader Friday, Secretary of State Rex Tillerson said Trump and Putin had discussed the issue of sanctions. In a Sunday tweet, Trump claimed he and Putin didn’t discuss sanctions. That was quickly overshadowed by Trump saying in a tweet that he and Putin had discussed forming an “impenetrable Cyber Security unit” to protect elections, an idea quickly ridiculed by both Democrats and Republicans. Trump ultimately walked back the idea, but not before several key aides were forced to defend it.

The younger Trump’s admission Sunday that he agreed to meet with a Russian lawyer only because she claimed she had dirt on Hillary Clinton is only the latest forced walk-back by a Trump ally over communications with Russian nationals during the campaign. It follows a pattern of Trump aides and allies making categorical denials only to be proven wrong, further adding fuel to the Russia frenzy. The reflexive defensiveness and obfuscation provides another thread for the ongoing special counsel investigation into Russian involvement in the 2016 election, and the latest self-inflicted wound from within the president’s inner-circle.

Kushner and Manafort were also in the meeting, which was only just disclosed [New York Times]

The president remembers every political slight — and the politicians who abandoned him during the ‘Access Hollywood’ scandal. [Politico]

Why does Trump double-down every time it seems like he should retreat? Because Steve Bannon is back in his boss’s good graces. [New York Magazine]

Trump backing off idea of ‘cyber security unit’ with Russia

“And this is like any other strategic alliance, whether we’re doing military exercises with our allies or anything else. This is about having capabilities to make sure that we both fight cyber together, which I think is a very significant accomplishment for President Trump.” —Treasury Secretary Steven Mnuchin to ABC’s This Week on President Donald Trump’s tweeted announcement of a cybersecurity partnership with the Russian government.

“The fact that President Putin and I discussed a Cyber Security unit doesn’t mean I think it can happen. It can’t-but a ceasefire can,& did!’ —Trump hours later in a tweet.

A Secretaries of State Meeting Used to Be Friendly. Then the White House Asked for Voter Data. [New York Times]

The Number of U.S. Adults Without Health Insurance Has Risen by Two Million This Year [Associated Press]

Every G-20 Nation Besides U.S. Reaffirms Commitment to Paris Accord [Associated Press]

President Trump: Ivanka’s Life Would Be Much Easier If I Wasn’t Her Father [TIME] 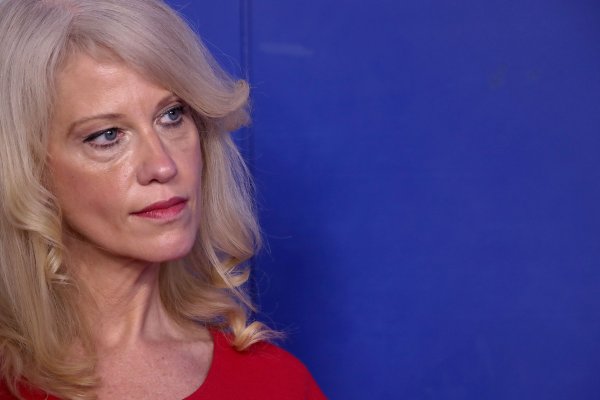