By now, it’s clear: There’s a strong case for the health benefits of coffee. Studies have recently shown that regular java drinkers have a lower risk of diabetes, fewer strokes and heart problems and lower rates of certain cancers. All of that may help explain why coffee drinkers also tend to live longer than people who don’t drink the brew.

But much of this good news came from analyzing mostly white populations. Whether the benefits held for people of other racial and ethnic backgrounds remained uncertain. Now, scientists report that the longevity perks likely apply to African Americans, Latinos and some Asian Americans as well.

In two new studies published in the Annals of Internal Medicine, researchers delved into the coffee-drinking habits of more than 700,000 people in the U.S. and in 10 European countries. The scientists were particularly interested in looking at death rates among people of non-white populations. In both studies, people in these groups who drank more coffee tended to have a lower risk of dying during the study period than those who drank less coffee, or no coffee.

In the U.S. study, African Americans, Japanese Americans, Latinos and whites who drank more than four cups of coffee a day showed an 18% lower risk of dying prematurely in the 16 years of follow-up, compared to non drinkers. Even those who drank a single cup of coffee daily showed some benefit; their risk of dying early was 12% lower compared to non-drinkers. (In these studies, people self-reported their coffee consumption, and the researchers weren’t able to determine the strength of the brew.)

In the European study, researchers found similar benefits. Heavier coffee drinkers had a 7% to 12% lower risk of dying prematurely compared to non-drinkers. These scientists also found that java fans had lower rates of digestive diseases and heart-related conditions, such as stroke.

Best of all, the effect of coffee was similar for people who drank caffeinated or decaffeinated versions. This suggests that caffeine is not conferring the health benefits in coffee. Different studies have pointed to other components that might fight heart disease and cancer, such as antioxidants. Other compounds may also lower inflammation, which is a culprit in many chronic conditions, especially those linked to aging.

While the two studies involved a large number of people, the findings don’t imply that people who don’t drink coffee will necessarily die early, or that downing coffee throughout the day will help you live longer. And even though the findings favored heavy coffee drinkers, you may want to drink in moderation. Research suggests that up to four 8-ounce cups a day is safe. Coffee can have some downsides, including agitation, irregular heartbeat and digestion problems for some people. 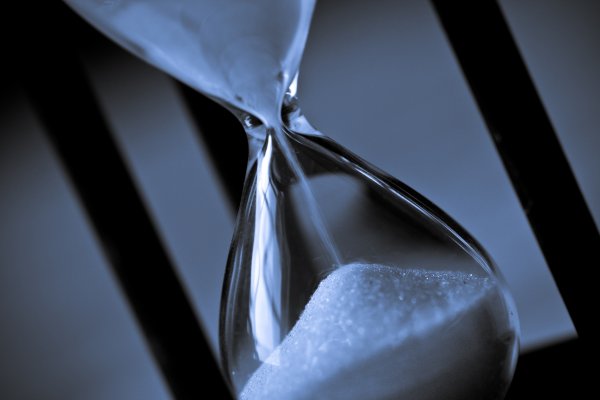 There’s No Known Limit To How Long Humans Can Live, Scientists Say
Next Up: Editor's Pick