In new footage from the annual G20 summit of world leaders taking place in Hamburg, Germany this week, the two Internet-beloved heads of state have been spotted enjoying a friendly hug and spending a cocktail gathering catching up together, clearly uninterested in spending time with any of the other power players in the room.

This isn’t the first time that Trudeau and Macron have given their supporters a reason to stan for a friendly revival in the longstanding Canadian-French connection. Back in May, they rendezvoused photogenically at the G7 summit in Sicily, making these events a kind of routine foreign meet up opportunity for the pair. In Sicily, they enjoyed a pleasant stroll through a lush garden. In Germany, it looks like garden opportunities were thin on the ground, although at least they got to pose in photos jointly.

Behold: a power couple that shows us exactly how political bromance can — and should — be done. And it’s not just social time; the two also held a private bilateral meeting, ostensibly to talk shop, while at the summit. 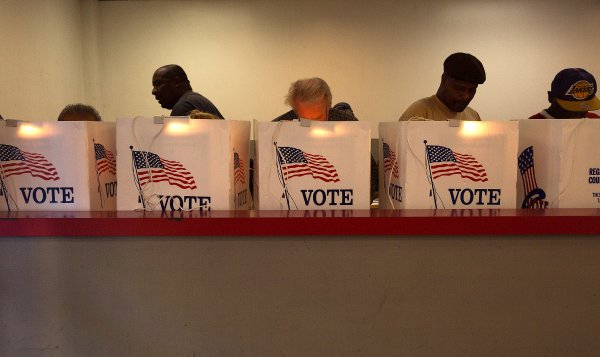 The Gravest Dangers of Trump's Voter Fraud Commission
Next Up: Editor's Pick