President Trump praised Poland as an example for others who wish to “defend our civilization.”

Speaking in Warsaw Thursday, Trump said that Poland’s fights against the Soviet Union and Nazi Germany showed “the story of a people who have never lost hope, who have never been broken and who have never, ever forgotten who they are.” He then connected it to the fight to “preserve our civilization” in the age of terrorism.

“The fundamental question of our time is whether the West has the will to survive,” he said. “Do we have the confidence in our values to defend them at any cost? Do we have enough respect for our citizens to protect our borders? Do we have the desire and the courage to preserve our civilization in the face of those who would subvert and destroy it?” 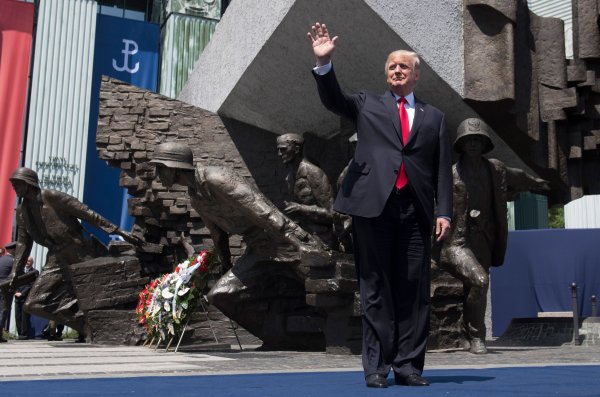 Trump in Poland: Does the West Have the 'Will to Survive?'
Next Up: Editor's Pick