The Starbucks at Amsterdam’s airport may not strike some as the most romantic spot on the planet. But for globetrotting freelance photographers Esther Havens and Austin Mann, it was the perfect place for a marriage proposal, given that the two had struck up their romance in that very same coffee shop over a series of hidden love notes, a habit that ended up spanning café locations in airport terminals around the world.

In a post on the Starbucks blog, now-fiancé Mann explained how it all went down. Although the duo initially met in 2008, he ended up taping or hiding messages to Havens in Starbucks in different airports around the world, as they both traveled so frequently and would inevitably pass through the chain’s outposts. He would send her clues as to where to find the notes, and thus began a long-distance romance of epic, caffeine-fueled proportions.

For the proposal, Mann alerted the Amsterdam Starbucks’ staff and made sure that Haven’s family were in the airport for the big moment. And while a security line snafu almost derailed the plan, ultimately she did head to their Starbucks, pick up a note, and discover her soon-to-be groom waiting for her at the counter with a ring.

“Everyone cheered. I had no idea anyone was watching,” Havens said of the unexpected surprise.

As for the rest of us? We can only hope that someone has the forethought to send us a text, let alone hide notes around the world. 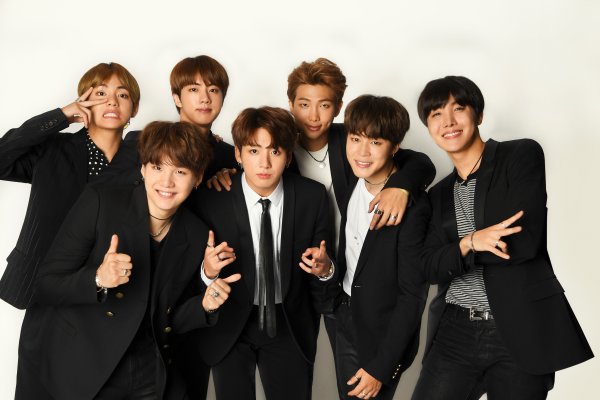 K-Pop Band BTS Has Changed Its Name to "Beyond the Scene"
Next Up: Editor's Pick