No, Period Brain Is Not Actually a Thing

Have you ever thought to yourself—or had anyone else ever suggest to you—that you’re not at the top of your game, mentally, because you’re on your period? It’s a common belief, says Dr. Brigitte Leeners, professor of reproductive endocrinology at University Hospital Zurich. But according to her new study in Frontiers in Behavioral Neuroscience, it simply isn’t true.

As a gynecologist and psychotherapist, Leeners has seen many patients who believe that their menstrual cycle can or does influence their cognitive performance. “However,” she told Health via email, “I had the impression that in only very few women such limitations can indeed be attributed to hormones.”

Studies on this topic have been mixed, with several suggesting a connection between hormones and cognition. But because of limitations and biases in those study designs, it’s difficult to know how accurate their findings really are, says Leeners.

So she and her colleagues performed the largest and longest study on this topic to date, testing three aspects of cognitive functioning in 88 women at four different times throughout their menstrual cycle. Then they re-tested 68 of those women for a second consecutive month, which turned out to be key: While they found some data to suggest a link between mental performance and menstruation in some women during the first cycle, those findings weren’t replicated the second time around.

Health.com: 9 Best Workouts to Do When You Have Your Period

Overall, the researchers found no consistent relationship between any of the three hormone levels they tested for—estrogen, progesterone, or testosterone—and women’s working memory, ability to pay attention to two things at once, or complex cognitive functions. That was true both when they looked at the group results as a whole, as well as at individual women’s test results over the two months.

The research represents a meaningful step forward in the debate over how menstruation affects the brain, says Leeners. But more studies—with larger, more diverse groups of women and additional cognitive tests—could still help provide a more complete picture, she adds.

There may be individual exceptions to the group’s findings, she says; for example, some women may be more sensitive to hormonal changes than the women included in this study. She also points out that her team only looked for direct links between hormone levels and certain areas of cognition; the findings don’t account for how menstrual symptoms (like cramping and fatigue) may affect women’s mental state or distract from their normal thinking processes.

But in general, Leeners says, the study suggests that flaws in previous research may have skewed popular belief in this area—and that scientists should carefully evaluate future studies to avoid similar limitations.

And more importantly, she adds, the study delivers a strong message to the public, too. “We should stop blaming the period or the menstrual cycle for reduced cognitive performance,” she says. 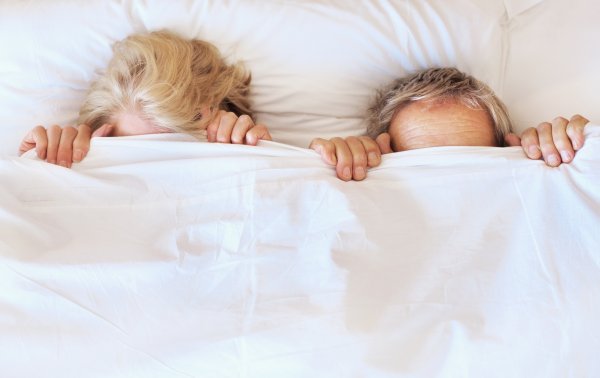 How Lack of Sleep Can Ruin Your Marriage
Next Up: Editor's Pick