New Jersey Governor Chris Christie was roasted over the weekend—not by the sun, but by a sandcastle.

An internet storm spread around New Jersey Governor Chris Christie after photos emerged that showed the governor and his family appearing to relax on a state beach on Sunday after he’d closed the state’s beaches and parks to the public after hitting a deadlock over budget standoff a few days earlier.

While Christie’s spokesman told a reporter that he “didn’t get any sun” over the weekend, the photos, obtained by local news site NJ.com, showed Christie on a beach chair among beach towels, cooler boxes, and family members at the Island Beach State Park, where the state keeps a beach house residence for the governor’s use.

Christie defended his actions on Good Day Philadelphia saying, “I’m sorry they’re not the governor,” responding to a question about people blocked from the beach. “This is a residence. Here’s the problem. We have a residence in Princeton as well and that place is a place where people can go and tour but they can’t if the government’s closed. Am I supposed to move out and stay in a hotel?”

The photos and response sent social media into a meme frenzy over the weekend with Photoshop savvy users adding the baseball-cap-wearing governor onto endless things.

Perhaps the most dedicated response, though, was spotted on the governor’s own turf. On the Jersey Shore, a giant sand sculpture depicted the governor lounging in a chair while a shark loomed beside him. According to NBC Washington, lifeguards said the sculptors are only known as Larry and Tom, and it took them about four hours to complete their satirical work. 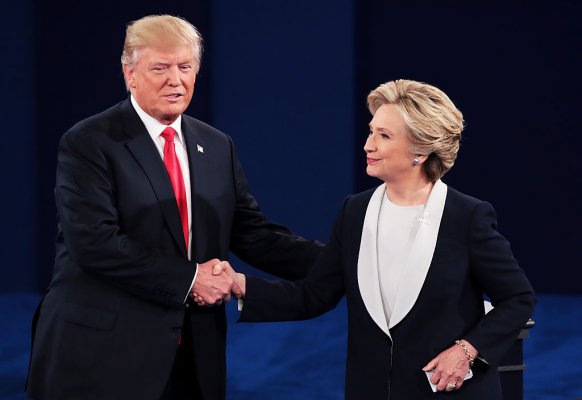