A French woman has been wounded after a whipped cream dispenser exploded and struck her in the leg, less than a fortnight after another woman in France was killed by a similar device.

Heidi Dumotier from France’s northeast Trémery region was baking for her daughter’s birthday when the incident occurred, local radio station France Bleu reports. “I shake the bottle, and — boom — it explodes,” Dumotier told the station, according to the BBC’s translation of her interview.

“It was terrible, the lid was gone and the bottle was lodged in the ceiling.” she said. “If I had taken that to the head, I would have been finished.” It is unclear what brand of dispenser Dumotier was using.

In June, French lifestyle blogger and fitness model Rebecca Burger died of a cardiac arrest after a faulty cream canister exploded and struck her chest.

Following the tragedy, Burger’s relatives posted a warning to her Instagram account, which now has more than 200,000 followers. It advised people against using the canisters and said that tens of thousands of “defective devices” remained in circulation.

Consumers have reportedly been complaining of being injured by faulty cream dispensers since at least 2010, prompting a government warning over the issue. 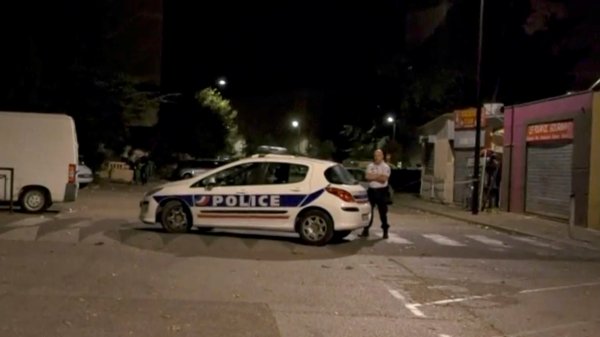 Eight Injured in Shooting Outside a French Mosque
Next Up: Editor's Pick