Newt Scamander and Albus Dumbledore will team together to fight Gellert Grindelwald in the forthcoming sequel to Fantastic Beasts and Where to Find Them.

Warner Bros. announced plot details for the film on Monday, as principal photography began. The untitled film will pick up months after the events of Fantastic Beasts with Grindelwald (Johnny Depp) having escaped and “gathering more followers to his cause — elevating wizards above all non-magical beings. The only one who might be able to stop him is the wizard he once called his dearest friend, Albus Dumbledore. But Dumbledore will need help from the wizard who had thwarted Grindelwald once before, his former student Newt Scamander.

The adventure reunites Newt with Tina (Katherine Waterston), Queenie (Alison Sudol) and Jacob (Dan Fogler), but his mission will also test their loyalties as they face new perils in an increasingly dangerous and divided wizarding world.” Jude Law will play Dumbledore in the new film, with Eddie Redmayne returning to star as Newt.

In addition to Redmayne, Depp, Law, Waterston, Fogler, and Sudol, the Fantastic Beasts sequel will also feature returning cast member Ezra Miller as Credence, “whose fate was unknown at the end of the first film” and who “makes a mysterious return.” Zoë Kravitz, who appeared in a photo in Fantastic Beasts as a woman from Newt’s past, will play Leta Lestrange. New additions to the cast include Green Room actor Callum Turner (as Newt’s brother Theseus Scamander, a “war hero and Auror”) and The Avengers: Age of Ultronactress Claudia Kim (as an unnamed woman who is introducted “as a featured attraction at a wizarding circus”). The remainder of the ensemble features William Nadylam, Ingvar Sigurdsson, Ólafur Darri Ólafsson, and Kevin Guthrie.

Harry Potter author J.K. Rowling wrote the script for the Fantastic Beasts sequel after handling writing duties on the first film. David Yates, who directed the original feature, is back behind the camera as well.

The untitled Fantastic Beasts sequel will move the action from New York to London to Paris. According to Warner Bros., “There are also some surprising nods to the Harry Potter stories that will delight fans of the books and film series.”

The sequel to Fantastic Beasts and Where to Find Them is set to debut in theaters Nov. 16, 2018. 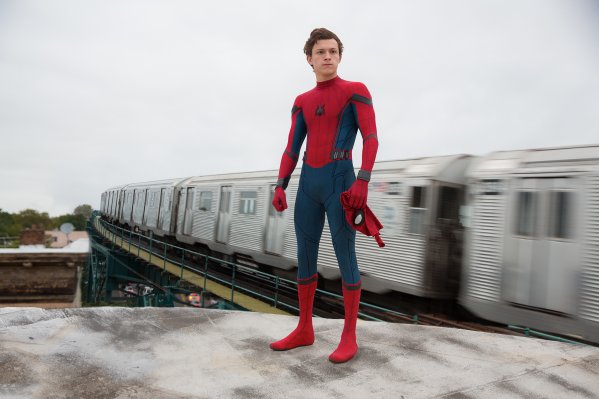 These Are the Best Reviewed Superhero Movie Franchises
Next Up: Editor's Pick