A police officer stands guard on a street near a scene of a shooting in front of a mosque, in this still image from video, in Avignon, France July 3, 2017.
Reuters
By Joseph Hincks

Eight people have been wounded with two hospitalized in a shooting outside a mosque in the southern French city of Avignon on Sunday night.

Citing French daily La Provence, the BBC reports that two hooded gunmen opened fire on a crowd that included worshipers leaving the city’s Arrahma mosque at 10:30 p.m. local time. Four people were injured outside the mosque and a family of four — including a seven-year-old girl — also reportedly suffered shrapnel wounds inside a nearby apartment.

Local officials said the shooting likely stemmed from a dispute between youths and was not being treated as a terrorist attack.

“The fact that it happened in the street of the religious establishment was unconnected with it,” the prosecutor said.

On Thursday, a man was arrested in a Paris suburb after attempting to drive a car into worshipers outside a mosque there. On June 19, nine people were injured in a similar vehicular attack outside a mosque in North London.

Most Popular on TIME
1
Officials Possibly Exposed to COVID by Trump Jr. Girlfriend
2
FDA Head Declines to Defend or Deny Trump Claim That 99% of COVID-19 Cases Are 'Totally Harmless'
3
How the 'Karen Meme' Confronts the Violent History of White Womanhood 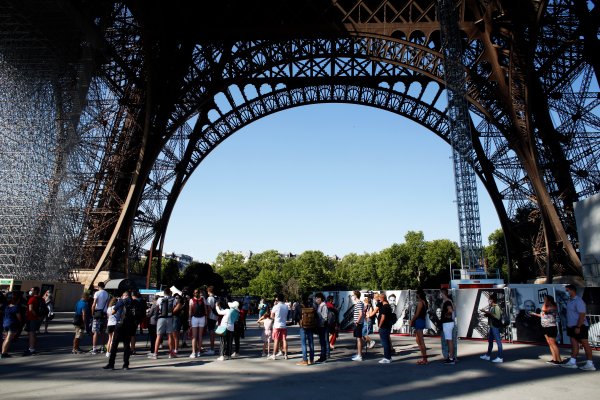