Trump seemingly ended his feud with Joe Scarborough and Mika Brzezinski of Morning Joe on MSNBC.

“Crazy Joe Scarborough and dumb as a rock Mika are not bad people, but their low rated show is dominated by their NBC bosses. Too bad!” Trump tweeted Saturday morning.

This comes after he said Scarborough and Brzezinski tried to join him at Mar-a-Lago.

“I heard poorly rated @Morning_Joe speaks badly of me (don’t watch anymore). Then how come low I.Q. Crazy Mika, along with Psycho Joe, came to Mar-a-Lago 3 nights in a row around New Year’s Eve, and insisted on joining me. She was bleeding badly from a face-lift. I said no!” Trump said over two tweets.

That tweet launched back-and-forth comments from the President and the show hosts.

He also commented on Greta van Susteren’s exit from MSNBC. The anchor was let go after less than six months at the network, the New York Times reported.

“Word is that @Greta Van Susteren was let go by her out of control bosses at @NBC & @Comcast because she refused to go along w/ ‘Trump hate!'” Trump also tweeted Saturday morning. 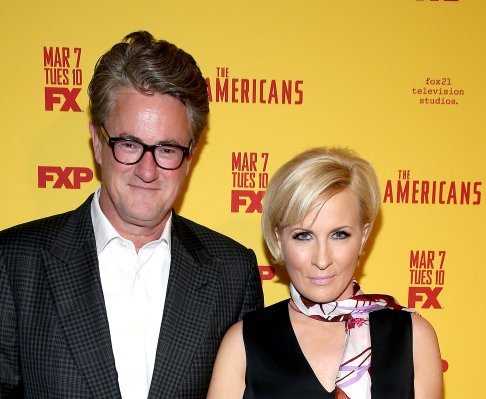 Trump Keeps Calling Morning Joe 'Low-Rated.' It's Not
Next Up: Editor's Pick