Beyoncé and Jay-Z Named Their Child Rumi. Here's What to Know About the History Behind the Name

Weeks after the twins were born, Beyoncé and Jay-Z finally confirmed on Friday, via Beyoncé’s Instagram account, that they have named the new additions to their family Rumi and Sir Carter.

While “Sir” may call to mind a wide range of knights in armor, the name Rumi summons just one individual from history: Jalal ad-din Rumi, a 13th-century Persian poet whose work has remained beloved for hundreds of years. And, as it turns out, if the life of that original Rumi is any indication, the name is an appropriate one for a child in such a musical family.

Rumi was a follower of Sufism, a mystical Islamic movement, and believed that the world was a “tomb” that separated the soul from the divine. He taught followers (dervishes, a word that meant “beggars”) that to release this “imprisoned spirit,” they should dance with “reed flutes, drums, and tambourines,” as TIME reported in a 1972 review of a performance by disciples of the movement at the Brooklyn Academy of Music. Through music and movement, they connected the spiritual world to the world of mankind.

The poet’s was a bold, risky perspective, developed at a time that wasn’t conducive for free expression. He was a refugee, who fled from his birthplace in Afghanistan and found refuge in the city of Iconium (Konya in modern-day Turkey). “No other poet found such ecstasy in daily wonderment, in song, in vision, in wine, in dance and most important, in friendship,” TIME explained in a 1999 feature on the most influential people in history, which dubbed him “mystic of the [13th] century.”

Jawid Mojaddedi, an expert on Rumi at Rutgers, once described him as “an experimental innovator among the Persian Poets.”

It is said that after the murder of his close companion, a mystic named Shams of Tabriz, Rumi first realized the potential of the spiritual level of life, as TIME explained in 2002 when his work experienced a resurgence in popularity:

Rumi scholars, the piece explained, often noted that modern interest in Rumi and his spiritual ideas tended to gloss over the Islamic moorings of his philosophy. But, as was undeniably the case when Barks’ translation of Rumi sold hundreds of thousands of copies — or when Madonna combined translations of his words with music for Deepak Chopra’s 1998 album A Gift of Love: Music Inspired by the Love Poems of Rumi, or when a potential Rumi biopic is discussed — something in his verses speaks to many people all over the world and across the centuries.

And now, with the introduction of baby Rumi, that list of followers has grown by at least one more. 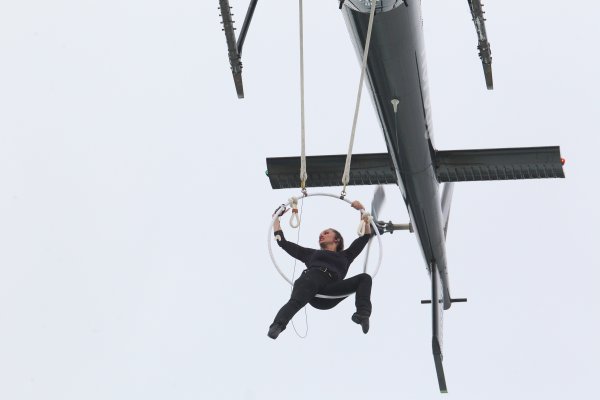 Erendira Wallenda Hangs From Her Teeth and Toes From a Helicopter Over Niagara Falls
Next Up: Editor's Pick