A member of the Iraqi federal police walks through the rubble in the grounds outside the damaged historic 19th century Ziwani mosque in the Old City of Mosul on June 28, 2017, as Iraqi forces inspect damage the building sustained during the offensive to retake the last remaining district from Islamic State (IS) group fighters.
AHMAD AL-RUBAYE—AFP/Getty Images
By Jared Malsin

Iraqi Prime Minister Haider al-Abadi said on Thursday the end of the self-declared Islamic State is within sight, after Iraqi troops routed jihadist fighters from the ruins of a landmark mosque in the heart of the city of Mosul.

“We are seeing the end of the fake Daesh state, the liberation of Mosul proves that. We will not relent, our brave forces will bring victory,” said Abadi in a tweet, using the Arabic acronym for ISIS. “We will continue to fight Daesh until every last one of them is killed or brought to justice.”

The liberation of Mosul is not yet complete, as ISIS still controls small, besieged pockets of neighborhoods within the city. But the U.S.-led military coalition fighting ISIS called the liberation of Mosul “imminent.” The coalition spokesman, U.S. Army Col. Ryan Dillon, said in a tweet, “#ISIS’ so-called caliphate is crumbling; from the outside and from within.”

The recapture of the Nouri mosque came exactly three years to the day after ISIS leader Abu Bakr Baghdadi delivered a sermon in the mosque in a scene that signaled the height of the Islamic State’s power. The sermon came just days after it seized Mosul, a city of more than a million people.

The liberation of the 12th century mosque in the heart of Mosul is a symbolic milestone in the struggle against ISIS, albeit one marred by its partial destruction last week in an explosion that toppled the building’s distinctive leaning minaret. Likened in significance to Paris’ Eiffel Tower or London’s Big Ben, the minaret was an icon of both Mosul and of Iraq as a whole, and appears on some of the country’s banknotes.

Video footage published online showed black-clad members of Iraq’s elite Counter Terrorism Service entering the grounds of the mosque. Rubble laid on the ground surrounding the building. Part of the mosque appears to be intact, including the base of the minaret.

Iraqi forces have been battling their way into Mosul for more than eight months in some of the country’s fiercest urban fighting since the American-British invasion that ousted the regime of Saddam Hussein in 2003. The battle has left large sections of the city in ruins. More than 850,000 people have been forced to flee their homes in the city since the start of the operation in October 2016, according to the United Nations.

Read more: The Beginning of the End in Mosul

The recapture of Mosul is critical to the overall campaign against ISIS, since the city provided a crucial source of revenue, recruits, and prestige within the worldwide jihadist movement. For more than two years, ISIS had total control over the city, turning it into the living embodiment of the extremists’ claim that it had established a state.

However, the city’s liberation will not mean ISIS has been wiped out completely, despite Abadi’s claim. The group still controls a shrinking yet vast stretch of land in both Iraq and Syria, and claims the allegiance of likeminded extremist groups across the Middle East and the world. In Iraq alone, at least 150,000 people still live under ISIS rule, according to the aid group International Rescue Committee. In Syria, U.S.-backed militia forces are battling to overtake the city of Raqqa, the Islamic State’s de facto capital.

“Even once all territory has been cleared from ISIS fighters and unexploded mines, ISIS will continue to terrorize lives of people across Iraq, as attacks in recently retaken areas of west Mosul, Baghdad and beyond, have shown,” said Wendy Taeuber, country director for International Rescue Committee in a statement on Thursday.

The expulsion of ISIS from the major cities it once controlled also heralds a new phase of the conflict. The group is expected to retreat to desert hinterlands and launch counterattacks, returning to the methods of insurgency and terrorism that it used prior to seizing large parts of Iraq and Syria in 2013 and 2014. A new report released on Thursday by the Combatting Terrorism Center at West Point found that ISIS carried out nearly 1,500 attacks in 16 cities in Iraq and Syria following their liberation from the group’s rule. ISIS has also established satellite branches, claiming the allegiance of insurgent groups as far away as Afghanistan and the Philippines. The organization also organizes or claims attacks on civilians throughout the world, including recent killings in the United Kingdom and Egypt.

The recapture of the remains of the Nouri mosque nevertheless marks a significant turning point in the battle against the Islamic State. When ISIS leader Baghdadi delivered his Friday sermon in the same mosque three years ago, it was a demonstration of the jihadists’ domination over an expanding patch of Syria and Iraq. Days earlier, the group’s fighters had rolled into Mosul, sending the Iraqi army fleeing and laying claim to one of the country’s three largest cities. The recapture of the city reverses that ISIS tide. 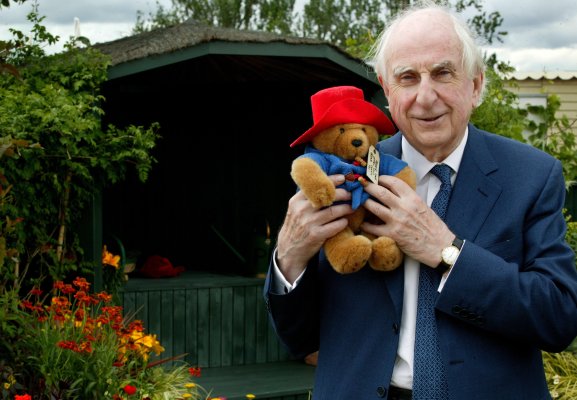 Londoners Are Leaving Jars of Marmalade at a Paddington Bear Statue
Next Up: Editor's Pick