Several Republicans in Congress called out President Trump on Thursday for a series of tweets they described as “beneath the dignity of your office.”

“This is not okay,” Republican Kansas Rep. Lynn Jenkins said. “As a female in politics I am often criticized for my looks. We should be working to empower women.”

Other Republican leaders weighed in on social media throughout the day, as did Republican House Speaker Paul Ryan: “Obviously, I don’t see that as an appropriate comment.”

“I think what we’re trying to do around here is improve the tone and civility of the debate, and this obviously doesn’t help do that,” Ryan said at a press conference, when asked about Trump’s tweet.

“I want my GOP colleagues to explain to my 3 granddaughters why they think these viciously sexist comments are acceptable from our President,” Lee said on Twitter. “This isn’t just about Trump. We already knew he has no respect for women. It’s also about the GOP – which continues to defend & support him. President Trump acts like his words don’t have consequences. Why? Because others in his party come to his defense every single time.” 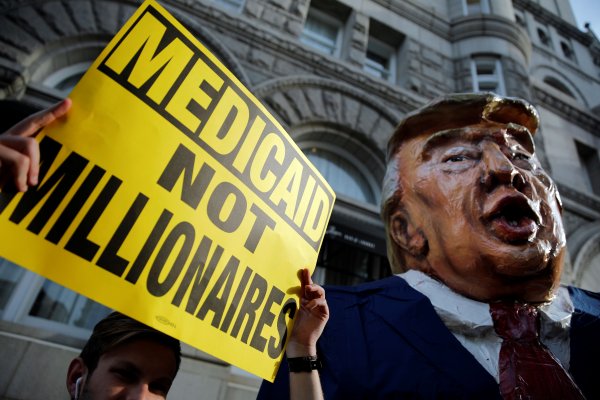