The two leaders, whose white-knuckle handshake drew international attention last month, stand in opposition on several key issues. Macron, a centrist whose victory was seen as a political revolution in Ftance, has begun to position himself as the anti-Trump on the world stage.

Trump did not formally endorse a candidate in the French presidential election, but he had indicated his support for far-right National Front candidate Marine Le Pen, saying “she is the strongest on borders and she is the strongest on what’s been going on in France.” Earlier this month, Macron criticized Trump’s decision to withdraw the United States from the Paris Agreement on climate change, playing on Trump’s campaign slogan and urging people to “Make Our Planet Great Again.”

Trump will be in France on Bastille Day, a national holiday falling on July 14 that commemorates the Storming of the Bastille during the French Revolution.

“President Trump looks forward to reaffirming America’s strong ties of friendship with France, to celebrating this important day with the French people, and to commemorating the 100th anniversary of America’s entry into World War I,” White House Press Secretary Sean Spicer said in a statement Wednesday. “The two leaders will further build on the strong counter-terrorism cooperation and economic partnership between the two countries, and they will discuss many other issues of mutual concern.” 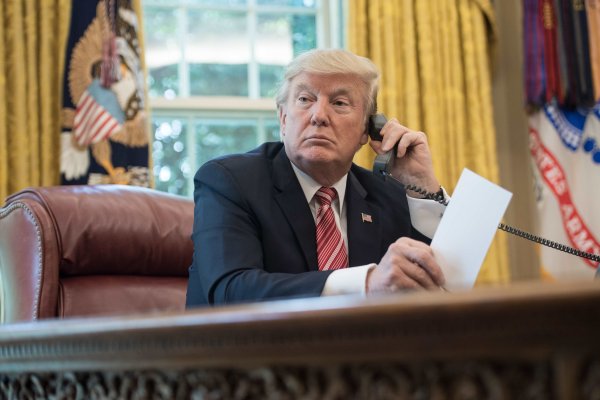 President Trump Tells Female Reporter She Has a 'Nice Smile'
Next Up: Editor's Pick