During an appearance on The Late Show with Stephen Colbert, McEnroe blamed his “big mouth” and drew boos from the audience when Colbert asked why he didn’t think Williams is the best tennis player in the world.

“You can’t be serious,” Colbert said.

In an interview with NPR Sunday, McEnroe conceded that while he thought Williams was the best female tennis player, “if she played the men’s circuit, she’d be like 700 in the world.”

McEnroe did not apologize for the statements, which he said he would not do earlier Tuesday, and instead told Colbert the story behind what prompted his comments about Williams.

“And I said, ‘Whoa, whoa, whoa, wait. Hang on a second here. If we’re going to talk about that, then you get into a little different category,” he continued. “Do they say that about girl basketball players? That they’re as good as Michael Jordan?’”

Colbert shot back that McEnroe might want to call them “women’s basketball players.”

And while McEnroe said he wishes Williams the best, he said he still thinks he could beat her in a match.

“She’s pregnant so maybe I should play her now,” McEnroe said, adding that his daughters disagreed.

Williams addressed the controversial comments previously by tweeting, “Dear John, I adore and respect you but please please keep me out of your statements that are not factually based.” She also asked for privacy during her pregnancy. 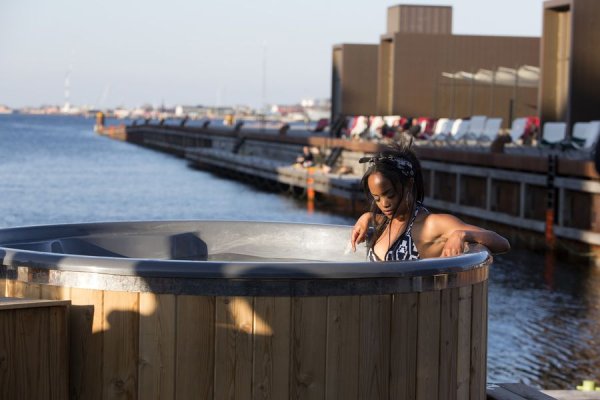 The Bachelorette Recap: Rachel Ditches Four Guys During One Scandinavian Vacation
Next Up: Editor's Pick