Serena Williams has hit back at John McEnroe after the retired tennis star said she was only as good as the world’s 700th-best male player.

In an interview with NPR on Sunday, McEnroe said that Williams, the highest-ranked female tennis player, would place “like number 700 in the world” if male players were included.

The harsh assessment sparked debate in the sporting world and prompted a response from Williams. On Monday she tweeted: “Dear John, I adore and respect you but please please keep me out of your statements that are not factually based.”

“Respect me and my privacy as I’m trying to have a baby,” she continued in a subsequent tweet.

McEnroe’s comment stood in stark contrast to praise he has heaped on Williams in the past. Following her 2015 Wimbledon win, he said that Williams was “arguably the greatest athlete of the last 100 years,” according to ESPN.

Williams has won 23 singles Grand Slams and 14 more in doubles — the most Grand Slam wins by any individual since professionals were welcomed to compete with amateurs. 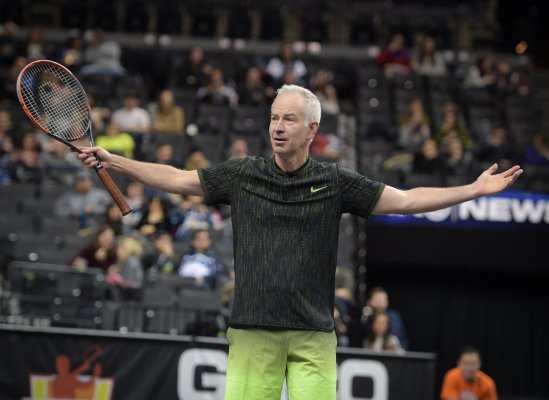