Americans Are Totally Obsessed With Avocados Thanks to This Man

Sometime in the 1920s, on the outskirts of Los Angeles, a friendly neighborhood postal worker decided to buy himself an avocado seed. This he did with much success and subsequently planted the seed in his backyard with the intention of grafting another variety of avocado onto it. The grafts would not take, however, and the postman next came to the conclusion that he may as well chop down the uncooperative tree.

It was his children who convinced the postman, Mr. Rudolph Hass, to save this particular fruit tree. They believed its fruits were much more flavorful than those of the avocados that could be found in the market. In doing so, Mr. Hass’ children not only saved what would soon become their father’s legacy but also changed the face of avocado toast and guacamole as we now know it. In 1935, Mr. Hass took a patent out on what he named the Hass Avocado, a prolific variety of the fleshy and buttery fruit that now comprises 95% of the over 4 billion avocados eaten annually in the United States each year.

The avocado culinary landscape of today is vastly different from that of Rudolph Hass’ day. While the average American today chows down on nearly 7 pounds of avocado in any given year, avocado consumption anywhere outside of California was virtually non-existent a century ago. For one thing, although the fruit had been grown as an ornamental plant in the United States since at least the 1830s, there was no commercial avocado industry yet established anywhere in the country. For another, avocados as we now know them had a bit of a marketing problem.

The ahuacate, this rough-skinned and pear-shaped fruit, had been a staple in the diets of Central and South America since at least 500 B.C. and Spanish conquistadors too had fallen in love with its nutty flavor and buttery texture when they first encountered it in the 16th century. The problem was that ahuacate was decidedly hard for many early 20th century Americans to pronounce. And, in fact, the word was Aztec for “testicle,” a name that reinforced the fruit’s legend as an aphrodisiac and made it much more difficult to sell to the rather prudish American eating public.

But for those eaters in the know at the beginning of the 20th century, the majority of whom happened to be in avocado-growing regions in Florida and California, the fruit was already a smash hit. The finest hotels in Los Angeles and San Francisco were selling these fruits for $1 each (the equivalent of roughly $24 today), earning them the nickname among farmers of “Green Gold.” The most valuable fruit trees in the world at the time were avocado trees.

But still, there was that phallic name. The delicious fruit did go by a host of other, more Europeanized calling cards over the centuries, having been known as the aguacate to the Spanish and “midshipman’s butter” to English sailors. At some point by the late 19th century, Americans had begun to call the crop the “alligator pear,” another name in which growers saw their own ruin. So on May 15, 1915, gathered at another posh hotel in Los Angeles, a cadre of California growers invented their own name, “the avocado.” They informed the nation’s dictionaries of their decision, and organized themselves into the California Avocado Association to champion their cause.

At first, with their fruits relatively scarce and retailing at exorbitant prices, the new-fangled avocado was sold as a luxury good. Typically of the larger and highly seasonal Fuerte variety, advertisements in Vogue and The New Yorker throughout the 1920s declared the avocado the “aristocrat of salad fruits” and famed chefs were commissioned to mix the fruit with grapefruit or stuff it with lobster and serve it up to their well-heeled clientele.

But as the decades wore on, as Mr. Hass’ high quality and heavily producing tree became more widely adopted amongst avocado growers, production scaled-up and prices dropped from $1 down to as low as 25 cents each by the 1950s, at which point the broader public began to pay attention to this decadent fruit. In fact, as early as 1960, the New York Times advised its readers to slice and spread the green flesh on toast, preceding Instagram’s appreciation of avo toast by at least a half century.

And the avocado’s popularity continued to increase thanks in no small part to the surge in immigration from Latin America that followed the passage of the 1965 Immigration and Naturalization Act. The avocado is, after all, indigenous to Central and South America and widely used in a multitude of the region’s cuisines. When Latin Americans arrived in the United States, they brought their love of the avocado with them, a trend that still holds today. In fact, for at least the past decade, according to the Hass Avocado Board, 90% of all Hispanic Americans declared themselves avocado eaters, while that number is only at 50% for the rest of the population.

The low-fat crusades of the 1980s did leave a dent on consumption of the famously fatty avocado, but by the 1990s, with a wave of avocados shipped in from Mexico thanks to NAFTA and yet another savvy marketing push by avocado growers to link guacamole with the Super Bowl, prices dropped yet again and consumption skyrocketed. Americans’ modern obsession with this buttery fruit has blossomed to such prolific heights today that the entire continent is currently experiencing a shortage of them. That’s likely more than Rudolph Hass ever could have predicted when his fruit experiment almost failed — but the perfect cap to what might be called America’s avocado century. 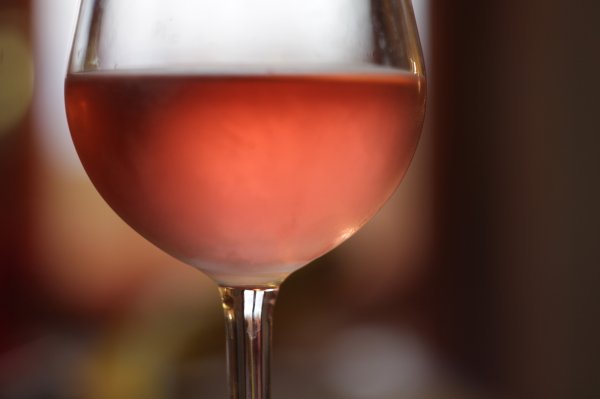 These Rosé Popsicles Are Basically the Boozy Adult Version of Freezer Pops
Next Up: Editor's Pick