Disability Advocates Forcibly Removed From Senate Protest Say It Was Worth It: ‘We Have the Right to Live’

Stephanie Woodward, a disability advocate who was forcibly removed from the U.S. Capitol while protesting the controversial Senate health care bill on Thursday, said it was worth it because “the lives of millions of people with disabilities are on the line.”

“I genuinely believe that thousands, if not millions, more people in our nation now know about the crisis that people with disabilities are facing with these cuts,” said Woodward, director of advocacy at the Center for Disability Rights in Rochester, N.Y. “And if being arrested and carried out is what needed to happen in order to get people to pay attention to this issue and get angry about it and start calling their Senators, then it was completely worth it.”

Woodward, who has spina bifida, got out of her wheelchair to participate in a “die-in” organized by the disability rights organization ADAPT outside Senate Majority Leader Mitch McConnell’s office. Protesters chanted against the bill’s significant proposed cuts to Medicaid — which could affect the community services available to people with disabilities.

Woodward, who was arrested along with several dozen other protesters, said officers who broke up the demonstration initially put her back in her wheelchair, but they struggled to wheel her out and ultimately carried her out instead.

Stephanie Woodward, of Rochester, N.Y., who has spina bifida and uses a wheelchair, is removed from a sit-in at Senate Majority Leader Mitch McConnell's office as she and other disability rights advocates protest proposed funding caps to Medicaid, on June 22, 2017, on Capitol Hill in Washington.
Jacquelyn Martin—AP

“They at first were reluctant to touch me because they had seen I was wearing leg braces, so I think they thought I was extra fragile, so they waited to carry me out last from the office,” said Woodward, 29, who was charged with incommoding, or obstructing. “And I was not actively being aggressive or resisting, but I certainly wasn’t going to help them in the process. I acted more like a sandbag that just kind of flopped.”

Dawn Russell, who was born with cerebral palsy, also participated in Thursday’s protest. She said one of the most concerning parts of the current health care debate is a lack of public understanding about how the proposed legislation could affect nearly every part of disabled people’s lives.

“We have a perception of people with disabilities in this country, and we have a mindset that somehow our lives aren’t valued. And I can promise you, with the home and community-based services that I receive, I would dare put my life up against anybody without a disability,” said Russell, 51.

She said had it not been for Medicaid, she would have entered a nursing home when her husband died in 2015. Instead, she receives daily attendant care in her home, helping her to get ready for work in the morning and go to bed at night.

“We have the right to live,” Woodward said. “And by live, I don’t mean just breathe. I mean be a part of the American dream, be in the community, raise a family, go to work. These Medicaid cuts will force people into institutions who don’t need to be there.” 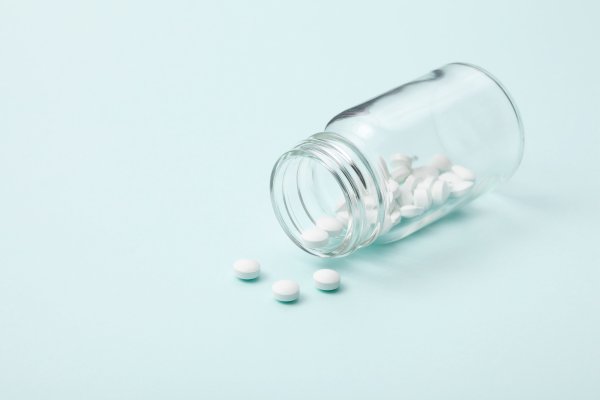 Health Care Bill Could Boot People With Addiction Out of Treatment
Next Up: Editor's Pick