Dance floors tend to be sweaty places for a reason. All of those shimmies and shakes burn energy like you wouldn’t believe—and come with many other surprising health benefits, too.

When you cut a rug, you can expend more than 300 calories every half-hour, according to a report from the University of Brighton in the UK. That meets or exceeds the amount of energy you burn during an easy run or swim, the report shows. Even relatively tame forms of dance burn about the same number of calories as cycling.

Dancing demands a lot of energy output because it involves “movement in all directions,” says Nick Smeeton, a principal lecturer at the University of Brighton and coauthor of that report. While running, swimming and other propulsive forms of physical activity use rhythm and momentum to keep you moving, “there is a lot of accelerating and decelerating in dancing, which the body is less able to do in an energy efficient way,” Smeeton says.

If running is like driving on a freeway, dancing is more like motoring through a busy city, he says. All of that starting, stopping and changing directions burns a ton of fuel even though you’re not covering a lot of ground.

Of course, the amount of energy you expend has a lot to do with how hard you’re pushing yourself. A gentle two-step isn’t going to measure up to an intense, hilly run. But torching calories isn’t the only upside to dancing. Just as trail running and hiking better engage your lower-body joints and muscles than straight-ahead, level-ground locomotion, the up-and-down and side-to-side movements of dance may likewise activate and train many of your body’s little support muscles and tendons.

Like other forms of cardio exercise, dancing also seems to have mood and mind benefits. A 2007 study found that hip hop dancing improved energy, buoyed mood and lowered stress in ways similar to aerobic exercise.

A more recent study, published earlier this year in Frontiers in Aging Neuroscience, linked dancing to improved “white matter” integrity in the brains of older adults. Your brain’s white matter can be thought of as its connective tissue. That tissue tends to break down gradually as we age, which leads to a loss of processing speed and the thinking and memory problems that arise later in life, says Agnieszka Burzynska, an assistant professor of neuroscience at Colorado State University and that study’s first author.

Burzynska and her colleagues looked at white matter changes among older adults engaged in regular walking, stretching or dancing programs. White matter integrity declined among the walkers and stretchers, but improved among those who danced three days a week for six months. “We saw this benefit in one area of the brain, not everywhere, and our findings are preliminary,” she says. But the early results are promising.

The psychological benefits are also impressive. For decades, some therapists have prescribed dancing as an effective therapy for those who suffer from social anxiety or fear of public speaking. The idea: if you can loosen up enough to boogie in front of strangers, you’re a lot less likely to feel self-conscious when hanging out or speaking in front of an audience. Research dating back to the 1980s supports the idea that dancing can curb anxiety.

Dancing also seems to encourage social bonding and what psychologists call “self-other merging.” Like chatting with a stranger and finding out you both attended the same school or grew up in the same neighborhood, moving and grooving in rhythm with others lights up brain pathways that blur the barriers your mind erects between yourself and a stranger, and so helps you feel a sense of connection and sameness, suggests a study from the University of Oxford.

Finally, the touch aspect of dancing with a partner may offer some special perks. Touch is the first sense that emerges during infancy, and the more experts examine the benefits of massage, holding hands and other forms of human-to-human physical contact, the more they find that touching improves well-being and reduces stress and anxiety. Basically, dancing with someone else is like exercise and a hug rolled together.

Put all this together, and it’s clear we could all use more samba, salsa or boot scootin’ in our lives. 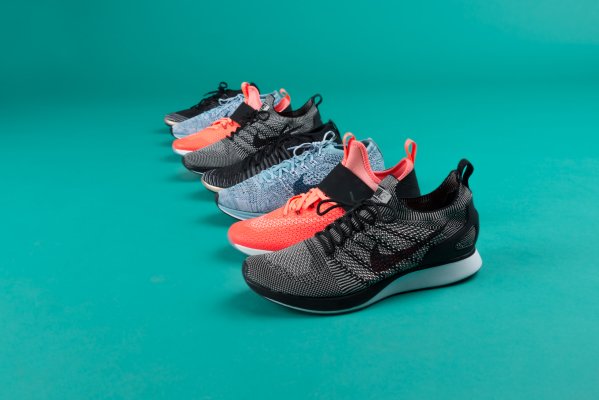 3 Things You Didn't Know About Running
Next Up: Editor's Pick