Yoga Works as Well as Physical Therapy for Back Pain

Another study is touting the benefits of yoga—this time, for people with back problems. The new research put yoga head-to-head against physical therapy and found the two were equally good at restoring function and reducing the need for pain medication over time.

In the new study, published in Annals of Internal Medicine, a group of 320 people did 12 weeks of yoga or physical therapy, or they simply received a book and newsletters about coping with back pain. People in the active treatment groups reported that their pain was less intense than it was at the start of the study and that they were able to physically move more. Some were also able to reduce, or even stop, their pain medications.

Those improvements stuck around for a full year after the study was over.

This research is unique because the people in the study were racially diverse, and most were from low-income families. Many had pre-existing medical conditions. That’s important, say the researchers, because chronic back pain—which affects about 10% of U.S. adults—has a greater impact on minorities and people of lower socioeconomic status.

Physical therapy is the most common non-drug treatment for chronic low back pain prescribed by doctors, and it’s often at least partly covered by health insurance. Guidelines and scientific research also support yoga as a recommendation for people back pain, but not much research has been done on how it stacks up against physical therapy—or how well it works for people of different races and socioeconomic backgrounds.

Most studies on yoga for back pain have included mostly white and middle-class people, said lead author Dr. Robert Saper, director of integrative medicine and a family physician at Boston Medical Center, in a video interview produced by the American College of Physicians. “We feel that it was important to test whether the yoga would be received well by an underserved population as well as being effective,” he said.

The once-a-week yoga classes in the study were designed specifically for back-pain patients, the authors note, so the results may not apply to all types of yoga or all kinds of classes. Participants in both the yoga and physical therapy groups attended an average of seven sessions over 12 weeks, and a few people in each group reported mild joint and back pain as a result of their treatment.

MORE: This Internet Yoga Guru Has Fans Flocking to Her From Around the World

Based on their findings, the authors conclude that yoga may be a reasonable alternative to physical therapy, depending on availability, cost and patient preference. “Our study shows that when yoga is made available and affordable to a diverse population, people of both sexes, people who are disabled, [people of] different races and economic backgrounds are receptive to yoga and, more importantly, can benefit from it,” said Saper.

While yoga has become increasingly popular across the United States, teachers and classes are still relatively rare in communities of color and disadvantaged areas. “Therefore, it’s important that we begin to train and build and make yoga more available to diverse communities,” he said. 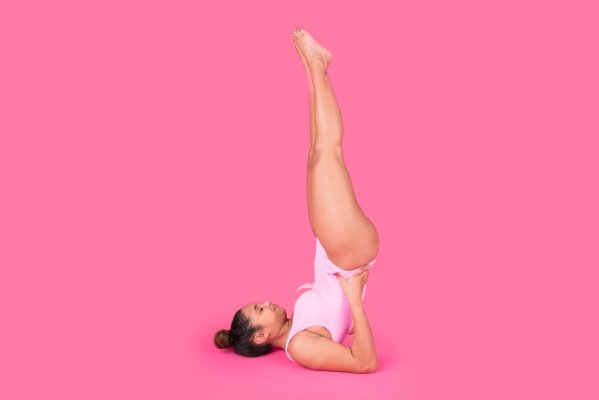 Yoga and Meditation Can Change Your Genes, Study Says
Next Up: Editor's Pick