Sean Spicer to Move Behind the Scenes at White House

White House Press Secretary Sean Spicer is eyeing ceding the podium in the coming weeks to take on the role of Senior Advisor for Communications on a full-time basis, according to two officials.

Spicer began the Administration acting in both the press secretary and communications director capacities and returned to wearing the two hats last month after Mike Dubke departed the White House.

The move, which is still not finalized, would be part of a broader shake-up of the West Wing communications operations, amid presidential frustrations and key vacancies in the department. Such a redefinition of roles has been discussed for months inside the White House, but has never materialized due to troubles filling the position.

Spicer, who would be senior to both the press secretary and communications director under the proposed new structure, has been handing off more day-to-day press briefing responsibilities to Principal Deputy Press Secretary, while increasingly shifting to holding daily press briefings off camera.

“There are days that I’ll decide that the President’s voice should be the one that speaks, and iterate his priorities,” Spicer said Monday during one such occasion.

Sources said Sanders wasn’t interested in on a full time basis, and the White House has re-interviewed some of those it previously passed over for the role, but that there have as yet been no hires made.

“We have sought input from many people as we look to expand our communications operation,” Sanders said in a statement. “As he did in the beginning, Sean Spicer is managing both the communications and press office.”

Trump has been frustrated at times with Spicer’s performance on camera, and with the over-loaded and under-staffed communications teams’ struggles to defend his more controversial actions, including his decision to fire FBI Director James Comey.

But Trump only informed his team about that decision just an hour before announcing it publicly—and he announced his nominee for Comey’s replacement without the knowledge of his press team entirely—hampering their ability to explain the president’s actions.

White House officials cautioned that the move is still not final, and that the shake-up is predicated on filling at least some of the vacant positions, which include communications director, deputy press secretary, and director of surrogates—let alone the possibility of a filling Spicer’s current job.

The White House has struggled to fill several key administration jobs over concerns about turf battles, disorganization, and the expanding Russia investigation. 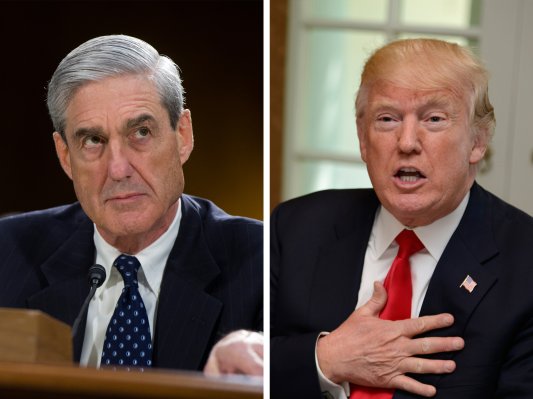