Bill Cosby's Accusers Have Not Lost Hope Despite Mistrial

Bill Cosby‘s sexual assault case ended in a mistrial on Saturday, when jurors said they could not reach a decision after six days of deliberations. For Cosby’s accusers, the news brought neither the closure of a conviction nor the distress of an acquittal — but something in between.

“I was relieved when they said mistrial, because it means that it wasn’t an acquittal,” says Linda Kirkpatrick, who is not involved in the current case but is one of dozens of women who have accused the entertainer of sexual assault.

Despite the many allegations, Cosby was on trial for the alleged assault of just one woman: Andrea Constand, a former Temple University basketball coach who accused Cosby of drugging and assaulting her at his home in 2004. The judge allowed only one other alleged victim testify against Cosby to help establish a pattern of behavior, even though prosecutors had hoped to include testimony from 13 other alleged victims. Lawyers are hoping that the judge might reconsider when District Attorney Kevin R. Steele brings the case to trial again — giving other accusers a chance to add their testimony against Cosby.

“If the court allows more accusers to testify next time, it might make a difference,” said Gloria Allred, who represents Kelly Johnson, the only other alleged victim allowed to testify at this trial. “We can never underestimate the blinding power of celebrity,” Allred added. “But justice will come.”

Kirkpatrick, who alleges that Cosby sexually assaulted her after she attended his show in 1981, said she would gladly testify against Cosby at the next trial if the judge allows it. “If I am called upon to do my civic duty, I will do it,” she said. To her, the mistrial underscored how difficult it is for rape victims to get justice in the court system; she was disappointed that the defense lawyers made their case by attacking Constand’s credibility. “It isn’t about Bill Cosby for me,” she said. “It’s about opening the eyes of the populace and the justice system, stop revictimizing the victims, and just look at the fact that a crime is being committed.”

Cosby’s lawyer said Saturday that the comedian “began this trial presumed innocent and he leaves it that way.”

If more accusers are allowed to testify at a future trial, Kirkpatrick believes her story and others could puncture Cosby’s celebrity, which Allred believes swayed the jury. “Who they think someone is does not trump my experience,” Kirkpatrick said.

A future trial will likely have the same judge, so it’s not clear whether he will amend his ruling that only one prior act witness be allowed to testify. But Allred, who represents Kirkpatrick and 32 other accusers, said she hopes he will reconsider. “It’s important for the jury to be informed that there are more accusers, and if those accusers allege same or similar facts,” she said. “The prosecution needed 12 for a verdict — the defense only needed one for a mistrial.” 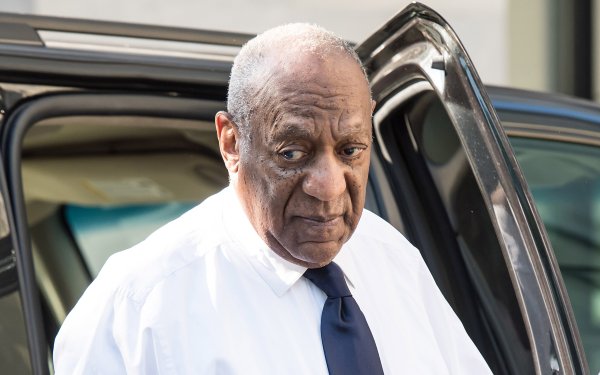